They are the rock stars of the ballet world and they will all be onstage in Toronto Saturday night.

Names like Federico Bonelli of London’s Royal Ballet, Nicoletta Manni of Teatro alla Scala in Milan and Dmitry Vyskubenko of the Bavarian Opera Ballet in Munich are converging on Toronto for a special one-night-only performance.

The second Canada All Star Ballet Gala is set.

‘It’s going to be a very special evening’

The Canada All Star Ballet Gala is taking place at the Sony Centre for the Performing Arts on Saturday. It’s a passion project for prima ballerina Svetlana Lunkina, a principal dancer with the National Ballet of Canada.

“It’s going to be very special evening,” said Lunkina. “If you love dance, if you love ballet, you will find something really special. If you love contemporary ballet or classical ballet, you can come and see your favourite work or one work you were dreaming to see all your life.” 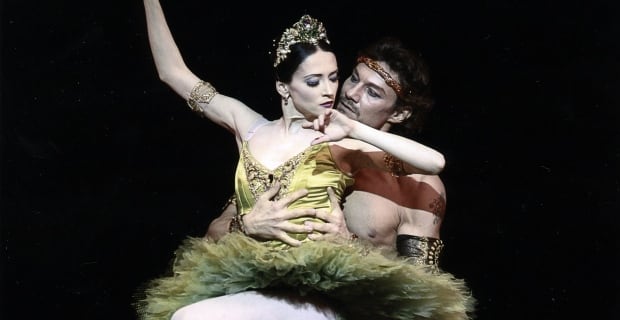 Lunkina will perform along with fellow National Ballet principal dancer, Evan McKie. The two have spent weeks practising a pas de deux calledWhite Swan, choreographed by David Dawson. It’s a contemporary take on Tchaikovsky’s classic Swan Lake. And it will be a Canadian premiere.

“This is a different kind of Swan Lake,” said McKie. “It’s a contemporary piece where the prince actually wants to kind of learn how to fly with the swan. There’s a buoyancy to it and it’s completely different. It’s contemporary but with classical music.”

Gesture of gratitude for her new home

For Russian-born Lunkina, the gala is a labour of love. Bringing together her extensive network of elite dancers from around the world  is a way to show gratitude for her new home.

She left Russia’s famed Bolshoi Ballet after making history there as the youngest dancer in the history of the company to perform the lead in Giselle. She came to Toronto and the National Ballet of Canada in 2014.

“I feel so lucky that I’m here and I became Canadian. For me it’s what I was dreaming for a long time and my kids were born here in Canada. So for me it’s very special.”

Raising the bar on Canadian ballet

Toronto-born McKie spent much of his professional career with ballet companies in Europe. He also joined the National Ballet of Canada in 2014, coming back with a new perspective.

“Ballet is very popular and famous in Russia and France, especially in Moscow, in Paris, in Tokyo, where they’re very obsessed with ballet.” said McKie.

“In Toronto, we’ve got a lot of other things going on and people who’ve been in the ballet have really, really worked hard to get it to where it is now. We have to thank Karen Kain and Evelyn Hart and Rex Harrington and all of these really big stars who had to really fight for the cultural currency of the country.”

Hong Kong / China (11/3).     The six defendants are accused of involvement with three other bomb attacks that targeted...