Trump’s attacks will rally the hard right and GOP lawmakers, keeping him from being drummed out of office

In the late 1980s, I was working at one of my first jobs in politics when I was told to do something wrong. It wasn’t a particularly big thing. No one would have been harmed. No laws would have been broken or money moved around. But it was underhanded and borderline unethical, and although I was no boy scout, it made me feel uncomfortable.

For our purposes, the important part of the story isn’t what I was asked to do, it was how I was asked to do it. Like a certain former FBI director, I was cornered in a one-on-one discussion with someone to whom I answered. Toward the end of the conversation, it was suggested that “maybe” I could do this thing that I knew to be wrong and immediately wished I had not been asked.

Stability, rebuilding among next steps for Canada-U.S. relationship 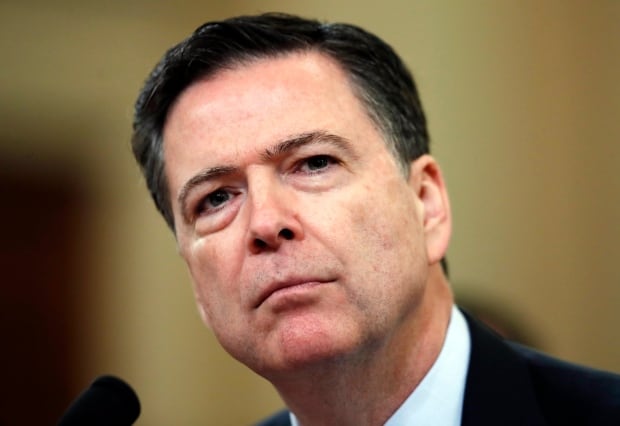 When Donald Trump told James Comey that he “hoped” the FBI could “let go” of its investigation, the president was communicating a directive. (Manuel Balce Ceneta/Associated Press)

The words came in the polite package of a request, but all two of the people in that conversation understood completely that it was to be done — that I was to do it — and that it was, in fact, a demand.

If you’ve worked in a political office, this dynamic might be familiar to you. Those in positions of authority rarely say, “I command you to do the following tasks, some of which are ill-intentioned and amoral.” Instead, when dubious orders are given, they arrive with oblique civility — purposely phrased as requests in order to mask the sharpness of the matter at hand, as well as the direct accountability of the person asking.

When U.S. President Donald Trump told then-FBI Director James Comey that he “hoped” the FBI could “let go” of its investigation into former national security advisor Michael Flynn — as Comey testified earlier this month — he was communicating a directive. The fact that he cushioned his words slightly didn’t make them any less clear. Or any less unlawful.

Surely everyone working for President Trump, just like everyone who has ever worked in politics or government, already recognizes that the president intended to obstruct justice. There is no suspense to the matter. The legal issue may hinge on intent, but the intent is unmistakable to someone steeped in the ways of high office politics — someone like special counsel Robert Mueller, who has served under both Democratic and Republican presidents.

That practical experience is probably why we read media reports last week that Mueller is indeed investigating the president for obstruction of justice, although those reports were both confirmed by Trump personally and denied independently by his own lawyer. Such is life in today’s hall-of-mirrors White House.

Whatever the truth, Trump certainly acts like someone with reason to worry. Both the president and his surrogates are now openly attacking Mueller, the investigation, the Department of Justice and all others who might suggest Trump’s behaviour was inappropriate.

The hell of it is that his attacks will probably work to rally the hard right and Republican lawmakers, keeping Trump from being drummed out of office. Why? Because the central dynamic of what’s to come, much like the context of that damning discussion with Comey, will come down to politics, not the law.

It is generally accepted that sitting presidents cannot be prosecuted. Their position is too unique and their ability to function while under indictment is too inconceivable. For this reason, any finding of obstruction will inevitably end up in Congress, where it will unfold as an impeachment hearing. President Trump will never appear before a panel of independent judges or a carefully selected jury of his peers. Under this system, he will only ever be judged by a jury of senators – 52 of whom happen to be Republicans.

This explains why Trump is tweeting frantically about witch hunts and Hillary Clinton. It’s also why his surrogates are attacking Mueller and suggesting his team are all Democrats. It’s not just about bringing the investigation into disrepute: it’s about partisan-izing the process as thoroughly and as early as possible.

If Trump can convince everyone that this whole thing is just about politics, then an impeachment debate is even more likely to divide along party lines. If it comes to a trial in the Senate, Trump is counting on gridlock to deliver his exoneration. The swamp that he promised to drain will be his salvation.

In the meantime, the president chews his steak and ketchup, apparently wondering whether to instruct Department of Justice officials to shut Mueller down — an act that would certainly require a direct order and dangerously deepen this crisis.

In the interim, he sends his team out to attack and tarnish, and they seem willing to comply. Perhaps he doesn’t tell them what to do, exactly. Maybe he just mentions casually that he hopes they’ll find the time to utterly incinerate and smear those he deems a threat.

Which returns me to the late 1980s. That wrong thing I was asked to do? They wanted me to work in secret to help someone despicable to succeed at something despicable. There was a logical reason why, but that didn’t make me feel any better about it. Put on the spot, I did what I thought was best: I agreed to help, then failed to lift a finger and later lied, saying I had tried.

Not exactly courageous. But I bet it’s an option that plenty of White House officials wish was available to them right now as they suit up to attack their own justice department.

Is The Canada 150 Commemorative Canada Dry Can Un-Canadian?

Most stores were shut. Barber shops and salons shuttered. Restaurants and bars — including the outdoor seating where hardy...