More Than a Million Restricted, Prohibited Guns in Canada

A Biden win won’t fix everything in the Canada-U.S. trade relationship

More Than a Million Restricted, Prohibited Guns in Canada

A year and a half after Prime Minister Justin Trudeau’s government came to office promising to tighten Canada’s gun laws, there are now more than a million restricted and prohibited firearms across the country.

The number of restricted firearms in Canada rose 5.5 per cent last year, reaching its highest point in more than a decade, according to the annual report from the RCMP’s commissioner of firearms. There are now 839,295 restricted firearms, many of them handguns.

The number of prohibited firearms in Canada, such as fully automatic guns, edged up 0.5 per cent to 183,333

According to the report, the biggest increases in the number of restricted guns occurred in Newfoundland and Labrador (10.4 per cent), the Northwest Territories (10.4 per cent), Saskatchewan (9.3 per cent), Yukon (8.9 per cent) and Nova Scotia (8.8 per cent).

The only area of Canada where the number of restricted firearms declined was Nunavut where ownership dropped 6.3 per cent.

The smallest increases were in Manitoba (1.3 per cent) and Ontario (1.8 per cent)

The government no longer registers or reports the number of non-restricted firearms such as shotguns and rifles.

The only provinces where the number of prohibited guns dropped were Ontario and Quebec — the two provinces that had the highest numbers of prohibited firearms to start with. Ontario dropped two per cent to 75,342, while Quebec declined 0.5 per cent to 28,135.

The number of Canadians licensed to possess and acquire firearms rose in 2016, to 2.07 million from 2.02 million.

A number of factors can explain a rise or decline in the number of restricted or prohibited guns in a province, including gun owners who move from one province to another for jobs.

“Police, military and movie companies are the only ones allowed to bring in a prohibited firearm.”— Tony Bernardo, Canadian Shooting Sports Association

Tony Bernardo, executive director of the Canadian Shooting Sports Association, said one of the reasons for an increase in prohibited guns is movie companies using the firearms in films being shot in Canada.

“Police, military and movie companies are the only ones allowed to bring in a prohibited firearm,” he said.

The reason the number of restricted firearms in Canada is rising is the growing popularity of sports shooting and shooting ranges, Bernardo said.

“It’s still a continuation of the increase in popularity of target sports. This has been going on now for a few years. A lot of young people getting involved, a lot of ladies getting involved.”

Bernardo said many firearms owners were leery of the Trudeau government when it was first elected, but those concerns haven’t materialized.

“Quite frankly, the Trudeau government really hasn’t done very much in regards to attacks on firearms owners in Canada since they got elected. About the only thing they have done is let the RCMP run wild and make up laws as they go.”

Bernardo said Canada already has some of the strictest firearms laws in the world.

Gun control advocate Wendy Cukier said the 5.5 per cent increase in restricted firearms is an improvement over the increases that took place during the Conservative government.

“The good news is it has slowed down. The bad news is, we’re not a lot further ahead than we were a year and a half ago.”

Cukier said some firearms are restricted or prohibited for a reason.

“A million restricted and prohibited firearms in this country suggests that handguns are much more readily available than many Canadians know,” she said. 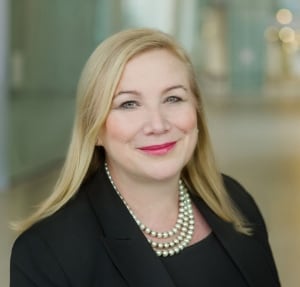 Cukier said police are noticing a difference in the guns they see.

“It’s the first time in the last couple of decades that we are seeing police agencies reporting that domestically sourced firearms exceed those that are smuggled into Canada. So, as you increase the legal pool of restricted weapons, including handguns and assault weapons, you create opportunities for diversion.”

Like Bernardo, Cukier hasn’t seen signs of much action from the Trudeau government when it comes to firearms. She said so far she has been willing to give the Liberals the benefit of the doubt.

“But I think the honeymoon is coming to an end and Canadians are expecting action on the firearms issue. Especially in the last year, we’ve seen some horrific cases of legally owned guns being used in domestic violence incidents, in hate crimes and terrorist activities. That, to me, signals that we need to do a better job,” she said.

Scott Bardsley, spokesperson for Public Safety Minister Ralph Goodale, said the government has been taking action on a number of fronts, including rescinding a directive from former public safety minister Steven Blaney on gun classification, talking with cities about ways to make it harder for criminals to get guns, announcing plans to end the amnesty for long-gun owners with lapsed licences and working on amendments to firearms marking regulations.

A Biden win won’t fix everything in the Canada-U.S. trade relationship

Joe Biden dropped in on Ottawa back in December 2016 — just a month before becoming the former U.S. vice president...