For historians, Pte. Claude Joseph Patrick Nunney’s military record is a case study in contradiction: Nunney, the most decorated Canadian soldier of the First World War, also managed to get himself court-martialled along the way.

Nunney served in France as a machine gunner with the 38th Battalion, later known as the Cameron Highlanders of Ottawa. He was awarded the Military Medal, the Distinguished Conduct Medal and, posthumously, the Victoria Cross for valour in several crucial battles.

Called “Red” by his fellow soldiers because of his hair colour, Nunney was a 13-year-old orphan when he and his brother Alfred arrived in Canada among the British Home Children.

Nunney was sent to live and work on a farm in Lancaster, southeast of Ottawa, and Alfred was sent to one in Renfrew, west of the capital. At the time he signed up in March 1915, Claude Nunney’s profession was listed as “painter.” 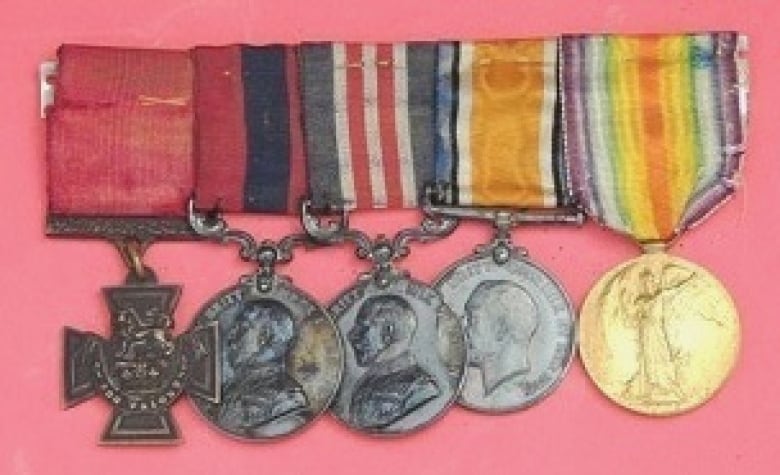 After training in England, the 38th Battalion landed in France in August 1916. In the bloody fight for Vimy Ridge the following spring, the machine gunner suffered wounds to his arm and leg while single-handedly halting an attack by 200 enemy troops.

“You would want 300 men to repel an attack by 200 men, but he did it himself,” said Roger Laplante, a retired major with the regiment. “What he did was phenomenal.”

For his “conspicuous gallantry and devotion to duty,” Nunney was awarded the Distinguished Conduct Medal, the army’s second-highest commendation, and promoted to sergeant.

What he did was phenomenal.

Two months later, at Avion, Nunney crawled out into no man’s land when he heard a wounded soldier crying for help and dragged the man back to the relative safety of the trench. That act earned him the Military Medal, which is engraved with the words: “For bravery in the field.”

“He was always at the front where the fighting was the thickest, encouraging the others by example,” Laplante said. 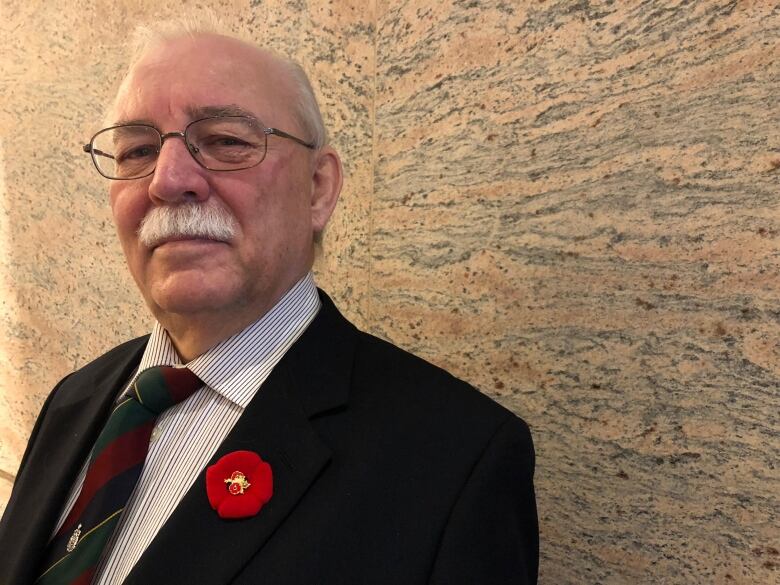 In July 1917, Nunney was again knocked out of action, this time by poison gas.

While there are few details about Nunney’s court martial, his military files show that in April 1918 he was found guilty of striking a superior and sentenced to a year in jail, to be served in England.

Had he not been so highly decorated, he might have faced a far more serious sentence, including execution by firing squad.

While awaiting transfer across the English Channel to serve his sentence, Nunney ran into the fiery fuselage of a German plan that had been shot down, burning his hands and face.

“Nunney being Nunney, on his own tried to save the pilot and observer, knowing how valuable any information they may have was,” Laplante said. 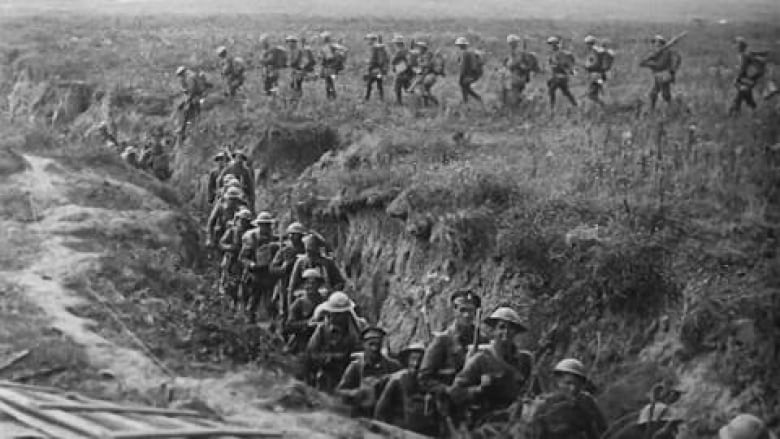 Nunney’s sentence was commuted, but he was demoted back to the rank of private.

“I think they decided it wasn’t really a good idea to send someone who won two medals for bravery, who just risked his life to get enemy information, to jail,” Laplante said.

Nunney had one more medal to earn, and one more battle to fight.

In early September 1918, his unit attacked the heavily fortified Drocourt-Quéa​nt Line at the town of Vis-en-Artois, part of what came to be known as “Canada’s Hundred Days,” a series of battles that would eventually end the war.

“It was a vicious, see-saw battle, and sometimes [there was] hand-to-hand combat,” said author and historian Tim Cook.

During the fighting, Nunney rushed to the front line through a barrage of German shelling. His military record contains a hand-written note describing his actions on Sept. 2, 1918.

“The man was wounded on his arm but refused to go out and carried on independent of his company, at times being 50-75 yards in advance of his company. Single-handed he attacked enemy machine gun posts, capturing as many as 4 machine guns in one nest and inflicting serious casualties on the enemy. He was wounded again in the afternoon but refused to go to the rear, but finally was compelled to let himself be carried out.” ‘One of our heroes’

Nunney died of his wounds on September 23, 1918, about a month after his brother Alfred was killed in action. He was awarded the military’s highest honour, the Victoria Cross, posthumously.

“Those medals are small, but they weigh. They weigh on the soul,” Cook said. “Once declared a hero, twice declared a hero, I’m sure it would be difficult for him not to keep on fighting, but I don’t think he needed those medals. He was an aggressive soldier thrusting forward.”

“To this day he’s one of our heroes,” Laplante said.

Tunney left behind no known letters or diaries.

On Sept. 2, 100 years to the day after Nunney earned his Victoria Cross, he was honoured in ceremonies at Vis-en-Artois and Hastings, England, where he was born.

Soldiers from the Cameron Highlanders of Ottawa were on hand for the ceremony in France, where about 200 people observed the unveiling of a memorial to Nunney and a street was named after his regiment. 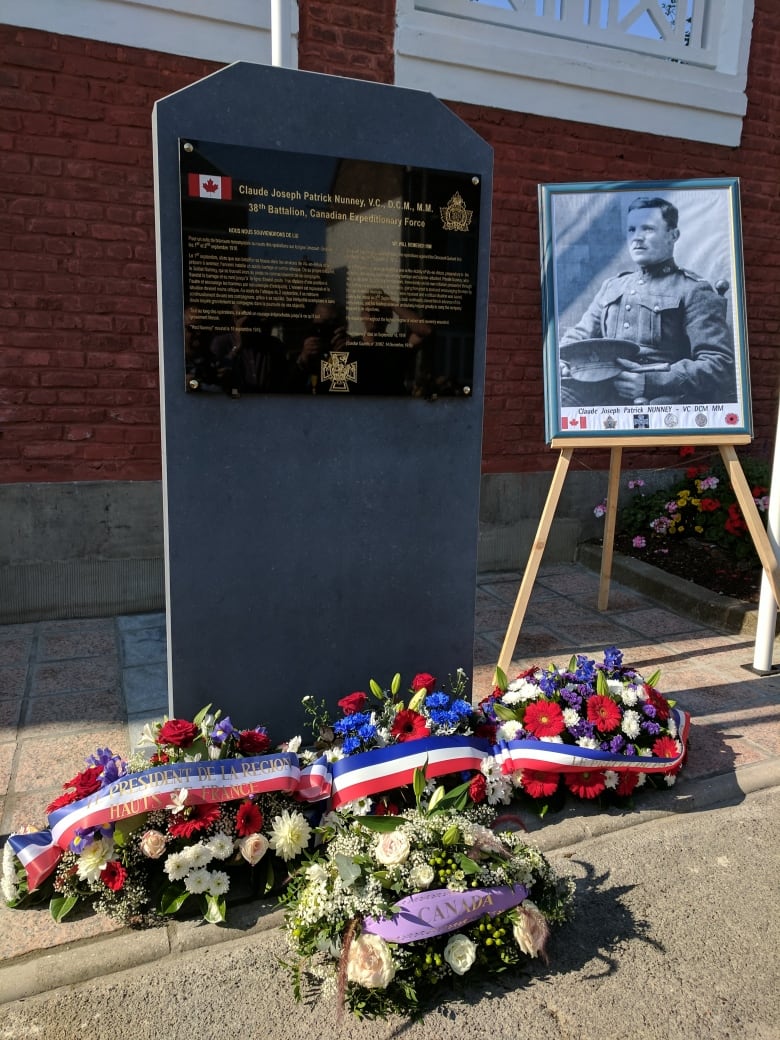 Retired major Roger Laplante was there, too, and went to visit Nunney’s grave at a nearby cemetery.

“I was so proud to be there representing the regiment and Nunney,” Laplante said. “I was one of the soldiers who cried when we saw his grave.”

Before every US presidential election, a few disgruntled Americans can be relied on to promise that they’ll move to Canada...