A Quirky Look at Canada Through Maps

A Quirky Look at Canada Through Maps

Canada is a big country. Each month, we put the spotlight on a map that tells you something about Canada that might surprise you. For example, most of us live close to the U.S. border, most of Canada is empty of human inhabitants, and a lot of us visit national parks. Learn more by scrolling through all the maps below. 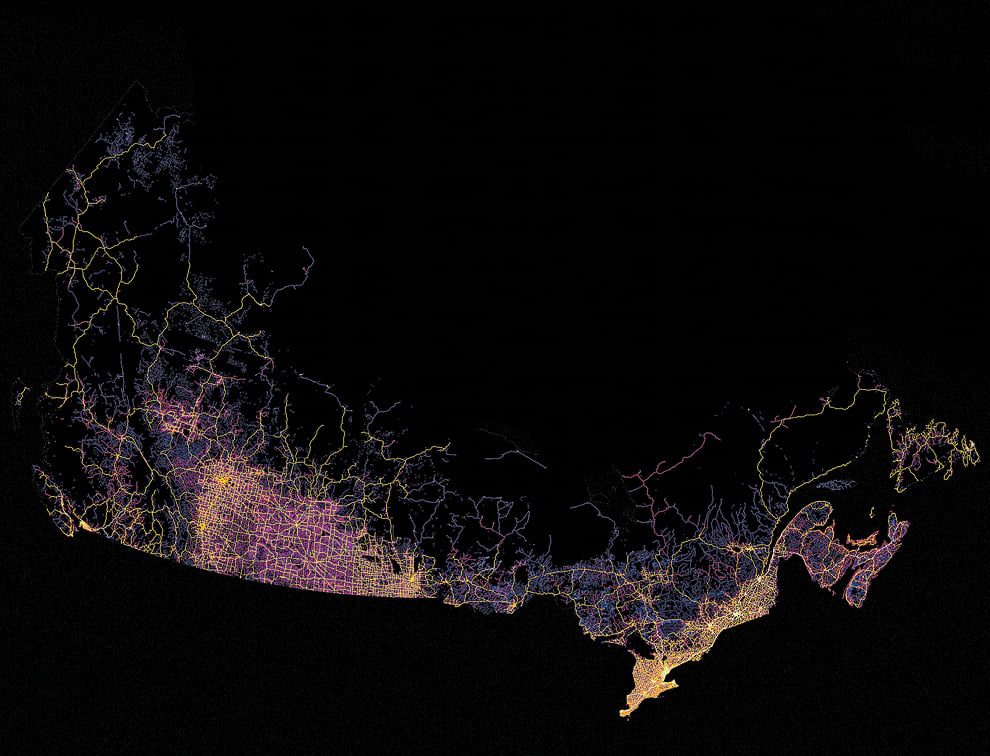 An estimated three-quarters of Canada’s population lives within 160 km of the U.S. border. This map shows only the highways (in white), roads (in yellow and purple) and trails (in blue) that criss-cross and connect the country. It’s a reminder that for all the talk of Canada being a northern nation, the majority of Canadians live below the 49th parallel. 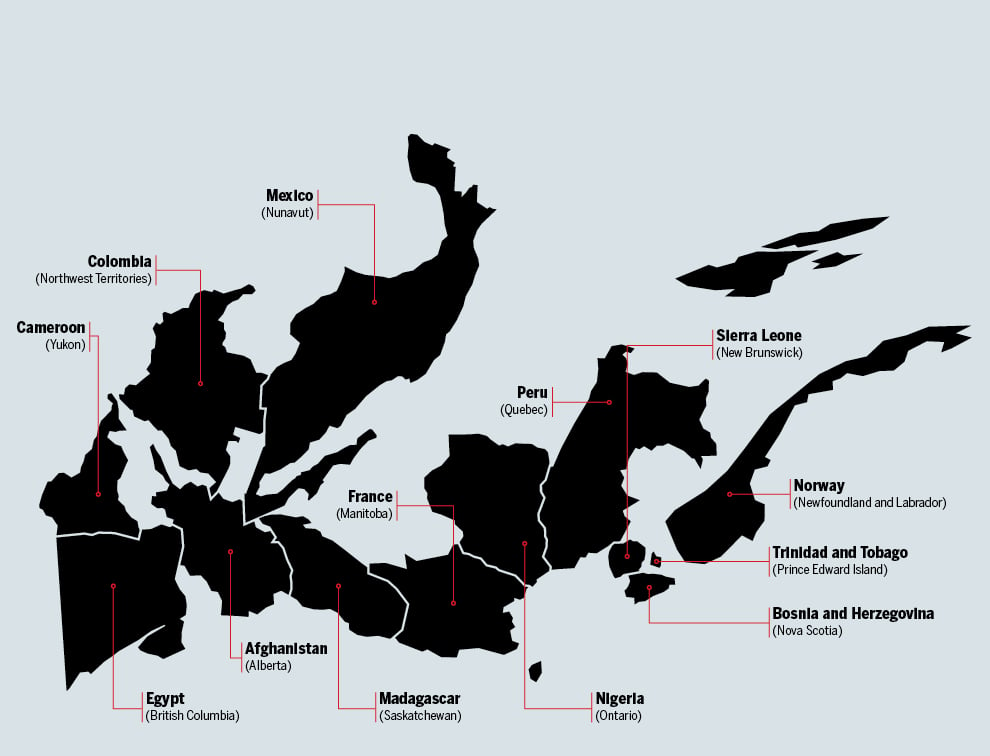 Countries closest in size to each province

Using World Bank land-mass figures,we matched up countries that are roughly the same size as each Canadian province. The result is an unusual contrast that gives a sense of the relative size of Canada in the world. 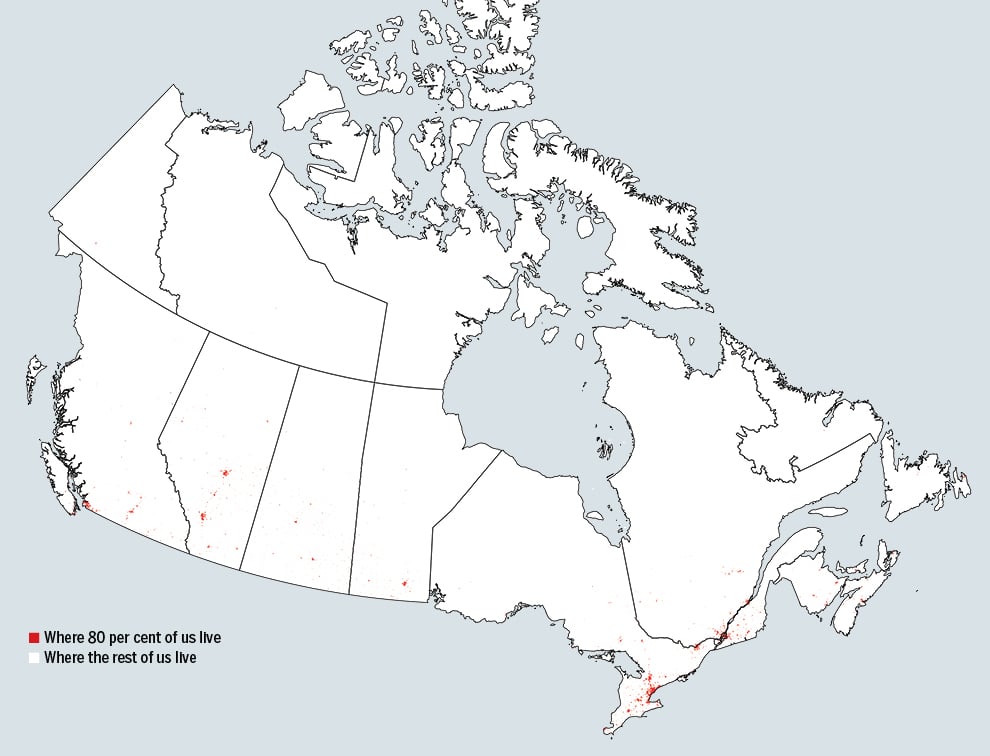 The space between us

All told, Canada occupies 9.1 million sq. km of land. But as the first release of population data from the 2016 census shows, the vast majority of that land sits empty. On the map, the red areas represent where 80 per cent of Canada’s population—or roughly 28 million people—live. The other seven million occupy all the remaining white space. 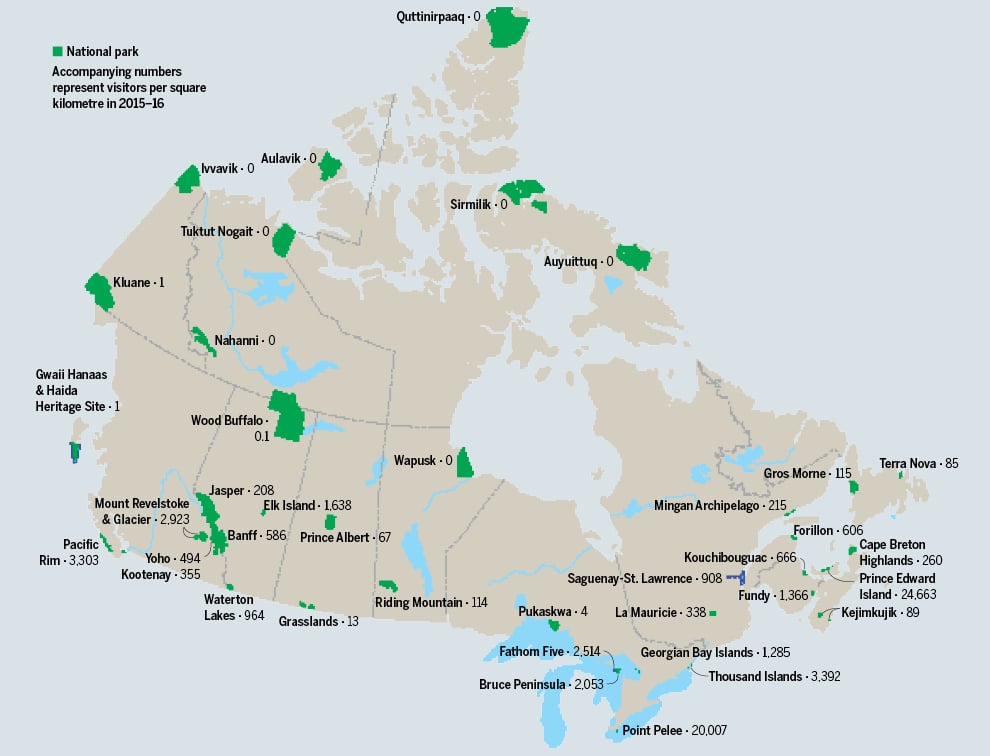 Last year a stunning 14.5 million people visited Canada’s 46 national parks and reserves, a seven per cent jump from the year before. You can expect an even bigger jump this year. In celebration of Canada’s 150th birthday, Parks Canada has waived entrance fees. Some parks are more popular than others, and many of the busiest parks are also the smallest. Using visitor statistics and park size, here’s a look at how many people went to these parks and marine conservation areas per square kilometre. They’re practically rubbing elbows at Prince Edward Island Park.

Ahead of an expected surge in U.S. demand for prescription drugs, the Canadian government has blocked the distribution of...