Cory Fenn, Accused In Slayings Of Ajax, Ont. Mother And Her Children, Appears In Court

Cory Fenn, Accused In Slayings Of Ajax, Ont. Mother And Her Children, Appears In Court

A burly man, his face bruised and bloodied, appeared in an Ontario court on Thursday accused of killing a woman he was in a relationship with and two of her teenaged children.

While investigators working behind yellow tape scoured the woman’s double-storey home on an otherwise quiet street in Ajax, Ont., Cory Fenn, 29, was arraigned in court in nearby Oshawa, Ont., on three second-degree murder charges.

Dressed in a blue T-shirt and grey track pants, a handcuffed Fenn looked around the courtroom but said nothing apart from his name and “yes” when the justice of the peace said he should ask for medical attention when he returned to jail. 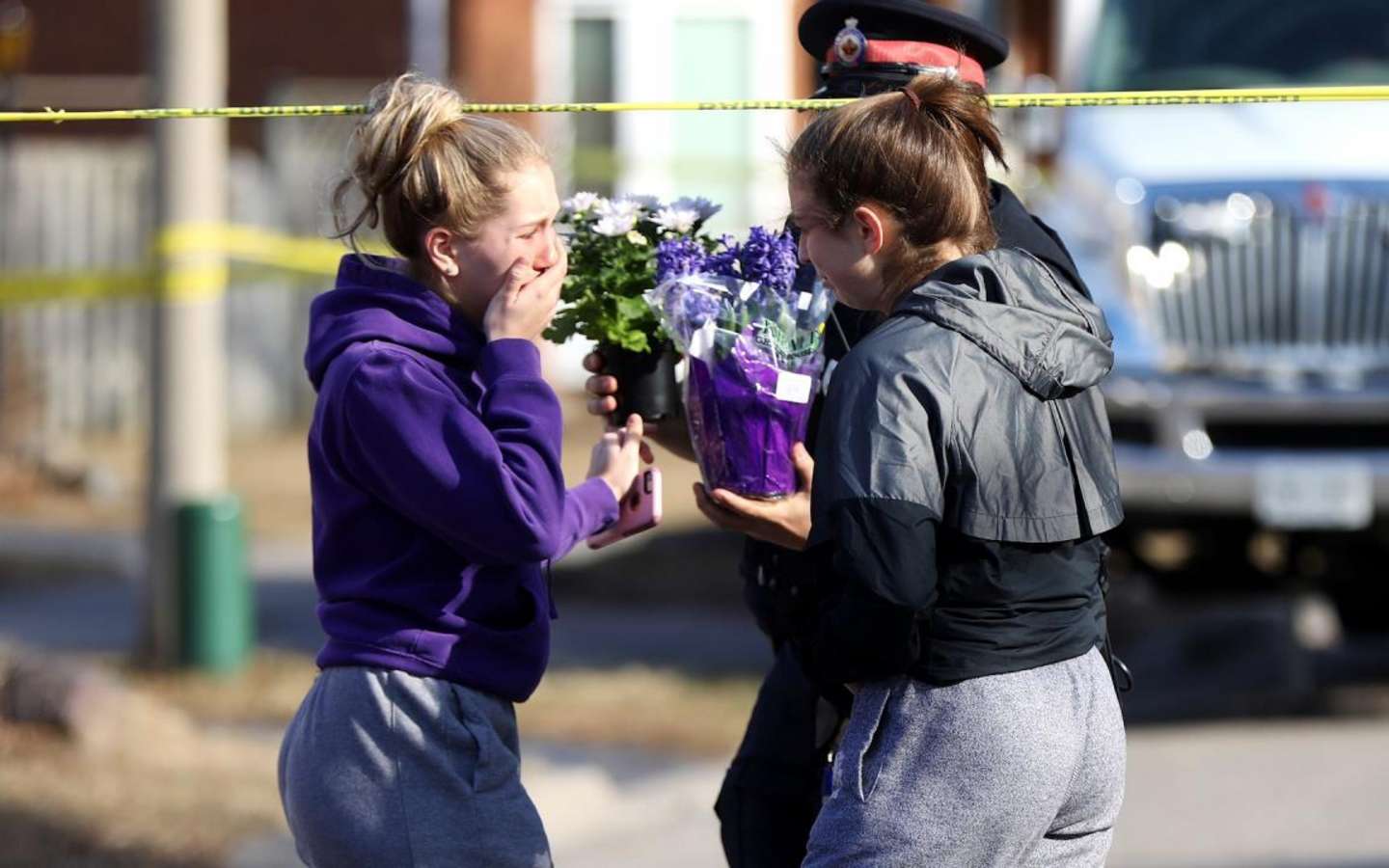 Fenn was remanded in custody until an appearance by video on March 29.

“I know that (Fenn) was involved in a relationship with … Krassimira Pejcinovski,” Durham regional police Const. George Tudos said Thursday. “There’s some history there.”

Fenn was arrested Wednesday night, hours after police found the victims with “obvious signs of trauma” in their home.

Pejcinovski and her son were dead when officers arrived, while Venallia Pejcinovski was rushed to hospital with critical injuries and died later Wednesday, police said.

Krassimira Pejcinovski’s oldest daughter, a 16-year-old, was not home at the time of the incident and has been reunited with her father, police said.

Fenn was known to police before the incident. He had been convicted of assaulting a police officer, for which he was given a suspended sentence and 12 months probation in 2009, court officials said.

He was also convicted of mischief and given a suspended sentence, 12 months probation and ordered to pay $205 in restitution following a conviction for mischief in 2011.

Details of exactly what led to those convictions were not immediately available.

On his Facebook page, Fenn lists the Toronto District School Board as his employer, but the board said it could not confirm he worked for them, referring all questions regarding the case to police. Tudos would not comment on Fenn’s employment.

Family was ‘well-liked’ in Ajax: police

Neighbours and other well-wishers left a small pile of flowers and cards outside the family’s home on Thursday. Tudos said the family was well-regarded.

“I know that they were very well-liked within the community,” he said. “We have a lot of people, a lot of community members that have been sending their condolences.”

Roy Pejcinovski, who excelled at hockey, was a Grade 9 student at Crestwood Preparatory College in Toronto, said Vince Pagano, the school’s headmaster.

“I don’t know how many totally-loved kids each school has (but) I can assure you that he was one of ours. People were just constantly talking about his kindness to them,” Pagano said. “In honour of Roy and what he and his family meant to the Crestwood, the school has volunteered financial assistance in paying for the funerals.”

Pagano said he only met Krassimira Pejcinovski once or twice at parent-teacher interviews, but found her to be kind and charming.

“(She was) a loving young mother who should have been given a lot more life to do that with,” Pagano said.

The staff of a Toronto minor hockey team said Roy Pejcinovski was a star goalie with the major bantam AAA Don Mills Flyers, which is in the city finals to qualify to represent the Greater Toronto Area for the provincial championship.

Grief counsellors broke the news of the boy’s death to his teammates Wednesday night, team officials said, noting the teen was a prospect in next year’s Ontario Hockey League draft.

“It was very tough on all of them,” team manager Nick Slawson said. “Roy was extremely well-liked, very, very popular.”

Man killed by gunfire in Scarborough

Slawson, who had known the teen since the boy was seven years old, said Pejcinovski was a skilled and determined player.

“The kid was a little undersized for a goaltender by today’s standards, but it didn’t deter him at all,” he said. “One of the nicest, and gentlest boys you’d ever want to meet.”

He said the team will continue to play Sunday as they try to qualify to represent the Greater Toronto Area for the provincial championship.

“The boys and the parents feel it would be best for the boys to get back at it. We agree,” MacInnis said in an email Thursday night.

Police have not said how the Pejcinovskis died, but have noted that autopsies were expected within a day or so.

“As soon as we get those results back we’ll have a better understanding of how they died,” Tudos said.

Police said they were alerted to Wednesday’s incident after a woman stopped by to check on Krassimira Pejcinovski but a man barred her from entering the home. Officers said the man left in a vehicle that was later found abandoned.