When Muhammad and Afraa Bilan arrived in Canada in February last year, they were starting a new life in a completely new country.

Originally from Damascus in Syria, they, daughter Naya and son Nael arrived as refugees in Montreal in the depths of winter.

Prime Minister Justin Trudeau wasn’t there to greet them at the airport, as he did with other Syrian refugees.

But the couple felt they had to give their thanks to him in some way – so have named their newborn son after him.

Justin Trudeau Adam Bilan was born on Thursday in his parents’ new city of Calgary. (His first name is Justin Trudeau, not Justin, by the way.)

In Damascus, Muhammad, now 29, worked as a barber. But he had once been targeted by the Syrian army and detained.

After he was freed, his family learned the authorities were looking for him again, and that he could face further detention – a fate from which many have not emerged.

Their chance to leave came when they found out Canada was starting to take in Syrian refugees after Mr Trudeau took office. Five years into Syria’s war, they jumped at the chance. 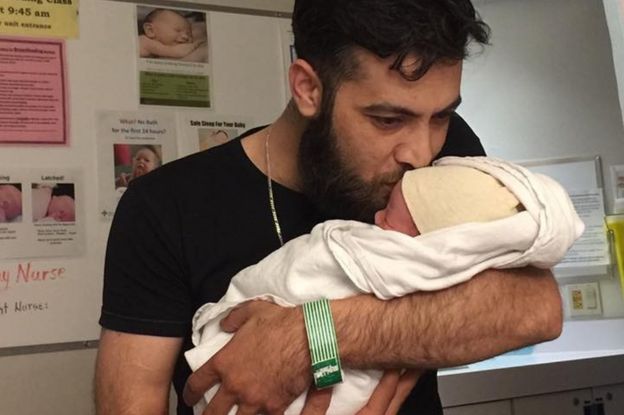 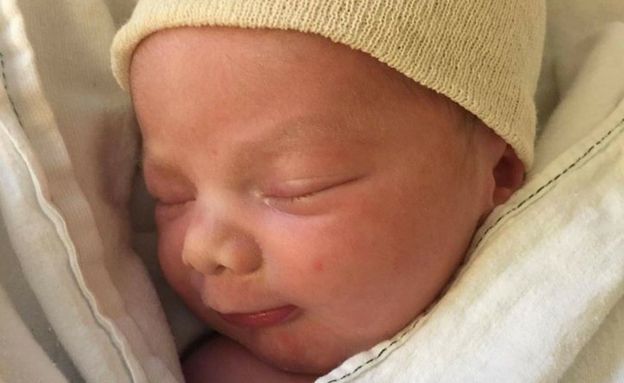 “Canada is much more safe – there’s no war, nothing,” Afraa Bilan told the BBC by telephone. “Everything is different, everything is good – nothing like Syria.”

Afraa admitted to having been “a little bit distressed” on arriving in Canada, and to have found it difficult to adapt – especially to the winter weather.

But she now speaks fluent English and Muhammad works part-time in a grocery shop. 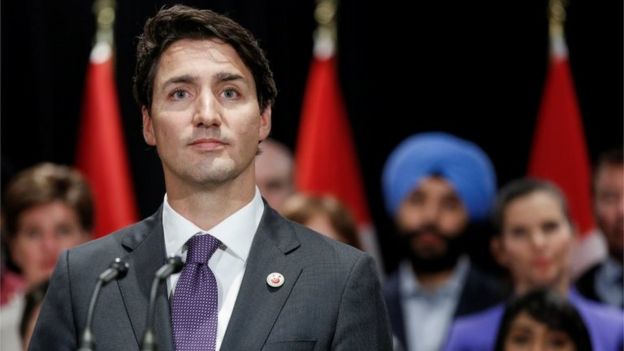 They hope baby Justin Trudeau will one day meet his rather more famous namesake.

“He is a really nice man,” Afraa said. “He helped us a lot. This was a small thank you for bringing us to Canada. We want to thank him and all the Canadian people.”

Between November 2015, when Mr Trudeau became prime minister, and January this year, more than 40,000 Syrian refugees have been resettled in Canada. About 1,000 of them moved to Calgary.

In late January, after US President Donald Trump imposed a ban on immigration from seven Muslim-majority countries, Mr Trudeau took to social media to confirm his government’s commitment to helping “those fleeing persecution, terror & war”.

In Ontario in February, another Syrian couple named their newborn Justin in tribute to the prime minister, but Justin Trudeau Adam Bilan is thought to be the first baby Justin Trudeau (not counting the original Justin Trudeau, of course).

Roma Say They’re Being Barred from Flights to Canada

News organizations have been losing ad revenue to online companies such as Facebook and Google for years. Over that...