Lawyers for three families who sheltered Edward Snowden in Hong Kong say they have formally asked the Canadian government to grant them asylum.

They issued a statement Thursday saying that the families want to move to Canada because they face persecution in Hong Kong.

Snowden fled to Hong Kong to avoid prosecution over the leak of classified material about the U.S. government’s surveillance programs.

A congressional inquiry into the former U.S. National Security Agency contractor concluded that he compromised national security by the leaks.

The families have been publicly quoted as saying they hid Snowden in their apartments for weeks in 2013 before he went to Russia.

Immigration Minister Ahmed Hussen’s office did not immediately respond to an email on the matter.

‘It’s up to Canada now to do the right thing’

A statement posted on the website of “For the Refugees,” a group set up to help the families, said it’s critical for Canada to act quickly.

“These families, including three young and stateless children, face persecution in Hong Kong and in their home countries,” the statement said.

“We are encouraged by Prime Minister Trudeau’s commitment in taking a clear lead internationally in welcoming refugees,” Canadian lawyer Marc-Andre Seguin said in the statement.

“It’s up to Canada now to do the right thing,” he said. 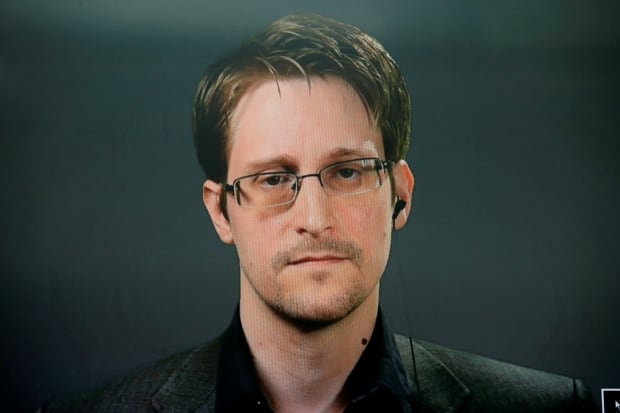 The lawyers said they filed refugee claims in January and are calling on Hussen to do what he can to speed up the applications.

Snowden remains in exile in Russia. He has been charged with espionage in the U.S. and could face 30 years in prison.

His lawyer has said he wants to return to the United States, if he could be guaranteed a fair trial.

On Twitter, Snowden said: “The families that sheltered me have formally filed for asylum in Canada. Let us pray Canada protects them in kind.”

Why Pay for Ontario's Hydro Mistakes Now When We Can Pay (More) for Them Later?