Three Toronto boys are overjoyed to go back to school this week — a dream that often seemed impossible given the threat of deportation hanging over their family.

Their parents had been ordered to return to Mexico, along with their Canadian-born sons, until a judge granted the family a reprieve in August.

The Canada Border Services Agency keeps records of how many people are deported every year, but the agency doesn’t include Canadian-born children because, as citizens here, they have the right to stay and are not considered deportees. So, no one knows how many Canadian children are forced to leave the country every year. 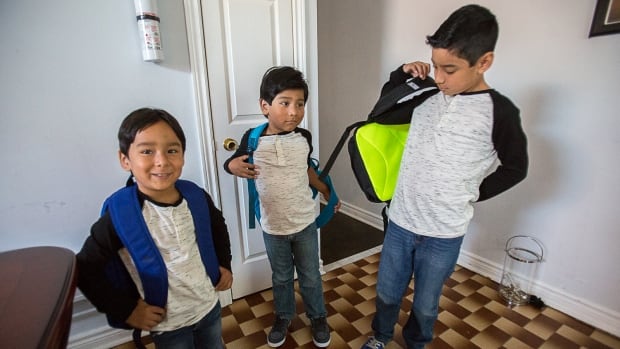 For Carlos, 9, the judge’s order gave him a newfound sense of security, one that accompanied him to Dufferin Mall when he and his younger brothers, Luka, 6, and Kayden, 5, chose new backpacks for their first day at school. Until a few weeks ago, the boys didn’t know whether they’d be going to school in Toronto or in Mexico.

The boys barely slept the night their parents, Nora Trueba and Israel Ochoa, received a letter from Immigration and Citizenship Canada saying their application to stay in the country had been approved. That night, Kayden, the youngest, asked his older brother to tell him the story — their story — again.

For Carlos’s parents, the news was overwhelming. Ochoa’s eyes still fill with tears, remembering that night.

Trueba and Ochoa came to Toronto in 2005 as visitors. Four months later, they applied for refugee protection but, following what they say was poor advice from others in the community, they abandoned their claim and began working as undocumented cleaners.

After their first son, Carlos, was born, Trueba’s mother begged them not to return home, because of the ongoing violence in San Salvador Atenco, a town about 40 kilometres northeast of Mexico City.

One of Trueba’s neighbours was kidnapped and killed back home, they say. 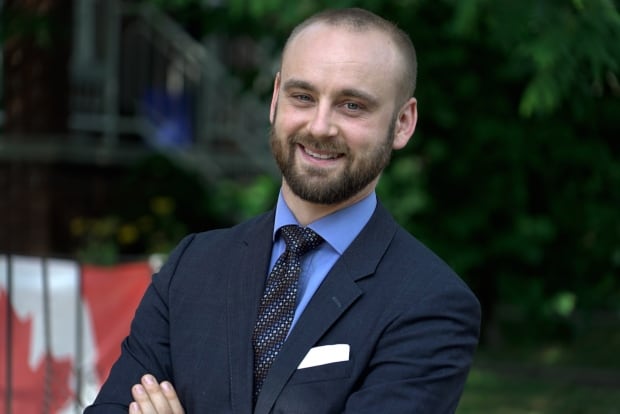 Lawyer Clifford McCarten says the Ochoa family’s case is significant because a Federal Court judge ruled that immigration officials had to carefully weigh the impact of deportation on Canadian-born children. (Grant Linton/CBC)

The pair worried they could also become targets of kidnappers. In a desperately poor community rampant with drug trafficking, they feared they would be seen as wealthy North Americans.

The couple applied three years ago for permission to stay in Canada on humanitarian and compassionate grounds. By that time, they had had their three sons.

The application was rejected; just days before Christmas of 2015, Ochoa was arrested and a deportation order issued.

The couple appealed, but their application was once again rejected before being sent for a judicial review. Last spring, a judge sent the application back to immigration, saying officers had failed to properly weigh the best interests of the couple’s children, all of whom are Canadian citizens.

This month, a third immigration officer accepted the couple’s application. The decision is final, but it could take up to 18 months for the parents to complete the process to become permanent residents.

Refugee and immigration lawyer Clifford McCarten took on the family’s case after hearing their story on CBC’s Metro Morning.

“I think this decision is important and interesting,” he says. “It clearly shows how significant the best interests of children affected by an immigration decision are.”

In her ruling, Federal Court Justice Susan Elliott wrote: “It is hard to believe that, on a cumulative basis, the officer decided that the best interests of the children would be to go to Mexico with their parents rather than stay in Canada,” given the evidence provided about that country’s inferior educational prospects, health care and its ties to violent crime and drug trafficking.

The case is also significant, said McCarten, because by the third immigration hearing, there was also an acknowledgment of the value of the couple’s cleaning and janitorial work.

Applicants hoping to stay on humanitarian and compassionate grounds have to prove they’ve established themselves in Canada. At two earlier hearings, immigration officials dismissed the 11 years the couple spent working as cleaners in private homes, followed by their current cleaning job at a restaurant.

“In Toronto and across Canada, you have a lot of people with precarious status, working in fields like cleaning, maintenance, construction, food service,” McCarten said. “[It’s] not glamorous work, but yet this is the stuff that keeps the country going.”

Ochoa leaves for work at midnight, but returns at 7 a.m. to get the boys ready for school — and that’s when his wife leaves to finish their shift at the restaurant. 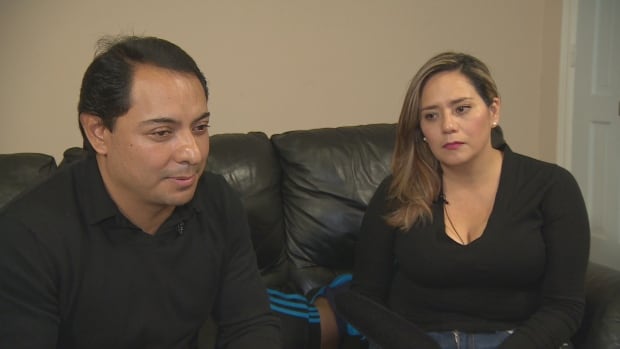 Israel Ochoa and Nora Trueba pictured at home earlier this year when they were awaiting a judge’s ruling on their immigration application. (Grant Linton/CBC)

It’s hard to say what difference the ruling will make for other undocumented workers with Canadian-born children. But those children, sometimes pejoratively known as “anchor babies,” have become the focus of anti-immigration groups who say that undocumented workers choose to have children in order to skirt the rules.

McCarten disagrees strongly with that line of argument.

“The mere fact that someone has a baby here doesn’t guarantee [their parents] will stay.”

While Canadian-born children are allowed to stay in the country even if their parents are deported, McCarten said almost all end up leaving with their families.

These are issues, however, for the adults to sort out.

For Carlos, the first priority will be telling his friends at school his good news.

“And my one teacher knows my situation,” he said. “Now he might see the news and he might be surprised we’re allowed to stay here forever.”

The news also means that his father can follow his own dream, Carlos said.

“His dream to make a restaurant.”

Canada Could See a Flood of ‘Dreamers’ if U.S. Cuts DACA