Why a ban on Huawei would only hurt Canada

Pro-pipeline convoys disrupt traffic in Calgary, around Alberta in tee up for Ottawa

Whenever Prime Minister Justin Trudeau or his cabinet ministers speak in certain parts of Ontario or Quebec, they begin by acknowledging they are on “unceded Algonquin territory.”

That recognition is just one of the ways Mr. Trudeau’s government has been trying to signal a top priority: righting the wrongs Canada has done to indigenous people, especially over land that aboriginals say was taken from them unjustly.

But finding common ground on this issue has proved to be one of Mr. Trudeau’s most difficult policy initiatives, and critics say efforts to resolve the land disputes have bogged down. But both sides agree on the importance of sorting out the claims. 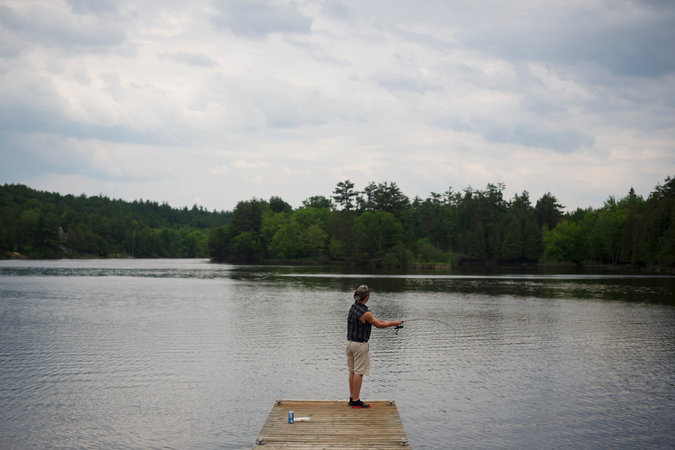 A man fishing from the Quebec side of the Ottawa River. Most Quebec Algonquins decided not to join the negotiations that led to an agreement over land use between the government and the Ontario Algonquins.CreditCole Burston for The New York Times

“The process of negotiating land claims should be an absolute pillar of reconciliation,” said Ken Coates, a historian at the University of Saskatchewan who studies treaties and is a consultant to indigenous groups. “This is our chance to get it right and if we don’t — boy, when will we get the chance again?”

Of the many issues dividing Canada’s federal and provincial governments from its indigenous people, land claims are among the most symbolically important and economically consequential, often involving vast amounts of land.

Some claims involve hundreds of millions of dollars, and tribes are often interested in controlling the land at issue, by, for example, having a say over logging, oil exploration and mining.

One claim by various Algonquin groups involves the 8.9 million acres of the Ottawa watershed — which includes Canada’s Parliament buildings and Supreme Court. The government thought it had settled that claim in principle a year ago, but it has ended up in litigation anyway. 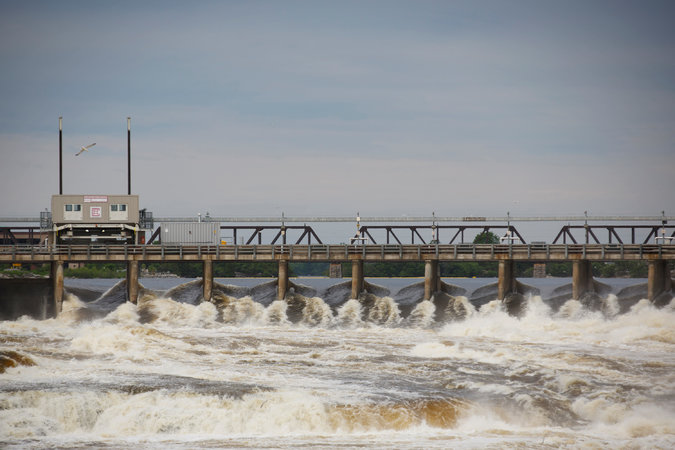 The land conflict in eastern Ontario and western Quebec started for the Algonquins in 1800, when a group of settlers established a town near the Chaudière Falls, just upstream from where Canada’s Parliament now sits.CreditCole Burston for The New York Times

The claims are legally thorny, often requiring historians, archaeologists, geographers and geologists to give evidence sometimes stretching back before recorded history to support, or challenge, them.

In some regions, land may have been occupied by different indigenous groups at different times, even changing hands after battles that were unrecorded. These groups may all assert rights, and claims can overlap.

Then there is the problem of treaties. Some indigenous groups, like the Algonquins, never signed treaties giving up their land. The government says it is talking with about 140 indigenous groups in that situation.

Others did sign treaties, and a government tribunal that deals with treaty disputes has 72 cases and is so overwhelmed that it cannot estimate how long it will take to resolve them. 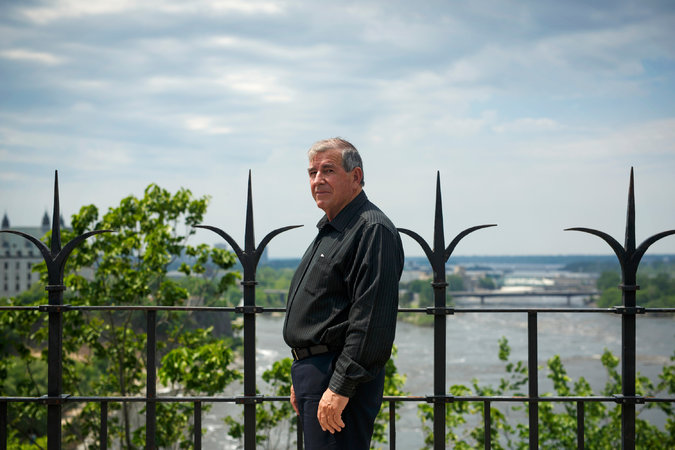 Jean Guy Whiteduck, the chief of Kitigan Zibi, a reserve about 70 miles north of Ottawa in Quebec. “This government is good at talking a lot but not very strong on action,” he said. CreditCole Burston for The New York Times

The result is that settlement negotiations occur at a frustratingly slow pace.

“Because there’s so many cases that haven’t been dealt with over the years, there’s been such a big backlog, it’s going to take years,” said Regional Chief Craig Makinaw of the Assembly of First Nations, the country’s largest indigenous organization. “Nothing’s really moved.”

But a few claims have been resolved.

After 20 years of talks, Parliament in 2014 approved a deal with the Tla’amin First Nation, involving land along the coast north of Vancouver. It gave the members of this indigenous group ownership of about 21,000 acres, upfront payments of 42 million Canadian dollars and then annual compensation of more than 700,000 Canadian dollars for resources, like lumber, harvested from the land.

The Supreme Court of Canada ruled last year that the Métis, people of indigenous and European ancestry, could also assert land claims in areas where they have traditionally lived. About a month later, Carolyn Bennett, the minister in charge of negotiations with indigenous groups, formally committed the government to settle with the Métis of Manitoba, who were promised about 2,150 square miles of land 147 years ago.

That claim includes the city of Winnipeg, although the Manitoba Métis leadership has said that it does not intend to take land now owned by others. Ultimately, government land outside of the city will likely be transferred. 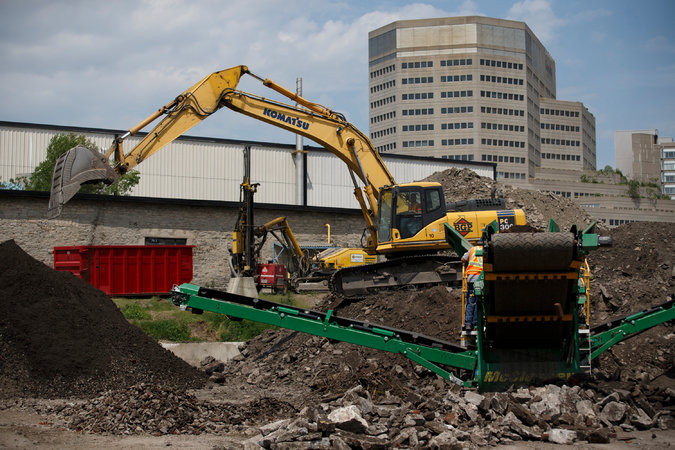 Construction work on the Windmill Development Group’s Zibi project in Gatineau, Quebec, across from Ottawa.CreditCole Burston for The New York Times

Sabrina Williams, the spokeswoman for Ms. Bennett, said the government is trying its best to find a way to sort out the claims. “We believe that we need to do more to be able to construct a relationship that has never before been achieved with success,” she said.

But Chief Makinaw, a Cree from Alberta, says the government’s figures for outstanding claims are understated and its processes fossilized. And other indigenous leaders are critical that the government has not set aside money indigenous groups say they need to assume control over their land after claims are settled.

“This government is good at talking a lot but not very strong on action,” said Chief Jean Guy Whiteduck of Kitigan Zibi, an Algonquin reserve in Quebec about 70 miles north of Ottawa.

Of all the outstanding land issues, the Algonquin claims involving the Ottawa watershed, a huge swath of territory in eastern Ontario and western Quebec, are perhaps the most complex in the country. 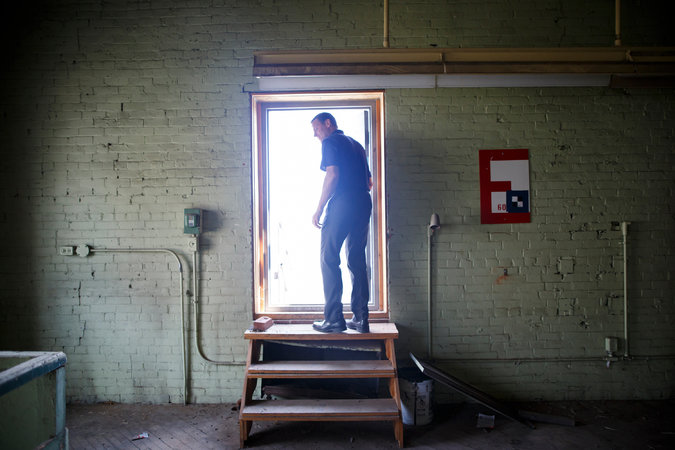 Jeff Westeinde, a principal with Windmill Development Group, said that even as a private property owner, he has an obligation to reconcile with indigenous communities for past wrongs. “We committed apartheid, there’s no if ands or buts about it,” he said. CreditCole Burston for The New York Times

The land conflict there started for the Algonquins in 1800, when a group of settlers established a town near the Chaudière Falls, just upstream from where Canada’s Parliament now sits. Over the years, the land the Algonquins controlled shrank to just a few reserves. Some groups of Algonquins were left with no land at all.

About 4,000 Algonquins would get 117,000 acres of government-owned land and about 300 million Canadian dollars. They would also have a say over the management and planning of even larger area of government owned land. .

But the Algonquins in Quebec declined to take part in the talks and rejected the deal. They are now in court in Ontario to try to rip up the agreement, and to get more money and an increased role in any future use of the land.

“We want to be partners in Canada and not just stay on the reserve,” said Mr. Whiteduck, a former bush plane pilot.

An Algonquin leader on the Ottawa side said he regrets the rift and wants to bring Quebec into the agreement. But Kirby Whiteduck (many unrelated Algonquins in the area share surnames), chief of the Pikwakanagan First Nation, west of Ottawa, said he was not prepared to spend years trying to heal the divide.

“We don’t want to be sitting here 50, 100 years later when there’s five million people in the territory and just 50 acres of crown land left,” he said.

Jean Guy Whiteduck said that even as the Quebec Algonquin push for a different deal, they recognize the reality of European settlement and are not interested in seizing or taxing homes on private property — or displacing politicians on Parliament Hill. But they still appreciate the symbolic importance of the claims in Ottawa. 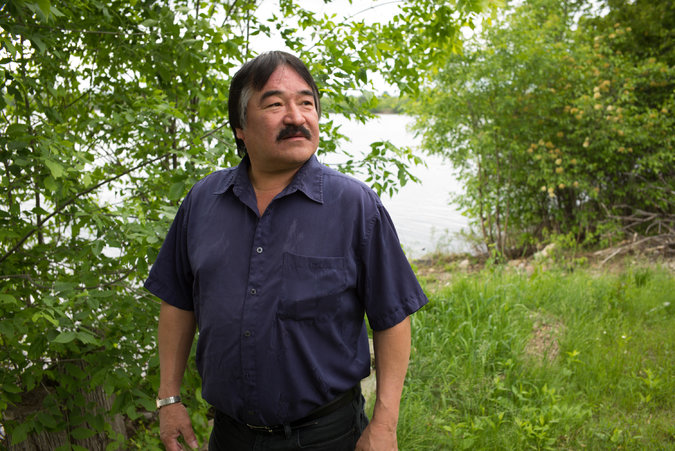 Chief Kirby Whiteduck, an Algonquin leader in Ottawa, said he regrets a rift with Algonquins in Quebec but that he was not prepared to spend years trying to heal the divide. “We don’t want to be sitting here 50, 100 years later when there’s five million people in the territory and just 50 acres of crown land left,” he said.CreditIan Austen/The New York Times

“Our action also includes Parliament and the Supreme Court land because we want to stir it up good to try and get some action from them,” he said.

Some of the disputed land ended up in the hands of an Ottawa company, the Windmill Development Group, which is now, along with a financial partner, spending 1.4 billion Canadian dollars on a development project, known as Zibi, that includes condos, offices, restaurants and stores. The property encompasses parts of the banks of the Ottawa River in both Ottawa and Gatineau, Quebec.

As a private company building on privately owned land, Windmill has no legal obligation to compensate indigenous groups or negotiate with them. But Jeff Westeinde, a principal at Windmill, believes that even as a private property owner, he has an obligation to reconcile with indigenous communities for past wrongs.

“As private citizens I think we should do something,” Mr. Westeinde said. “We committed apartheid, there’s no if ands or buts about it. Success for us will be a community where my Algonquin friends can come down here and say: ‘Yes, that’s my community too.’”

Trump in Asia: Did China Win?