The three-judge panel of the 9th U.S. Circuit Court of Appeals on Thursday said Washington state proved it had the legal right to bring the lawsuit over the ban by alleging its universities would suffer harm — one of the questions that the judges considered.

Universities had complained about students and faculty being stranded overseas.

The court rejected the Trump administration’s claim that it did not have the authority to review the president’s executive order. “There is no precedent to support this claimed unreviewability, which runs contrary to the fundamental structure of our constitutional democracy,” the court said.

The appeals panel said the government presented no evidence to explain the urgent need for the executive order to take effect immediately. The judges noted compelling public interests on both sides. 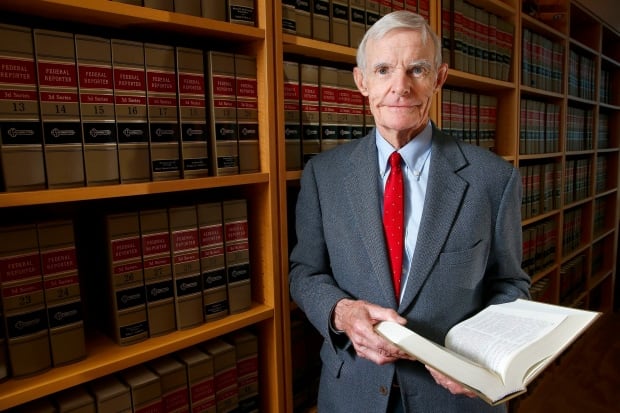 “On the one hand, the public has a powerful interest in national security and in the ability of an elected president to enact policies. And on the other, the public also has an interest in free flow of travel, in avoiding separation of families, and in freedom from discrimination.”

The judges also noted that the states had raised serious allegations about religious discrimination.

Case could go to Supreme Court

Trump made a brief, impromptu appearance in the West Wing following the decision and said the “security of our country is at stake” and he looks forward to “seeing them in court.” He issued similar remarks on Twitter.

One law professor says the “million-dollar question” is whether the Trump administration would appeal decision and take the matter to the Supreme Court.

That could run the risk of having only eight justices to hear the case, which could produce a tie and leave the lower-court ruling in place.

The U.S. Supreme Court currently has a vacancy and there’s no chance Trump’s nominee, Neil Gorsuch, will be confirmed in time to take part in any consideration of the ban. 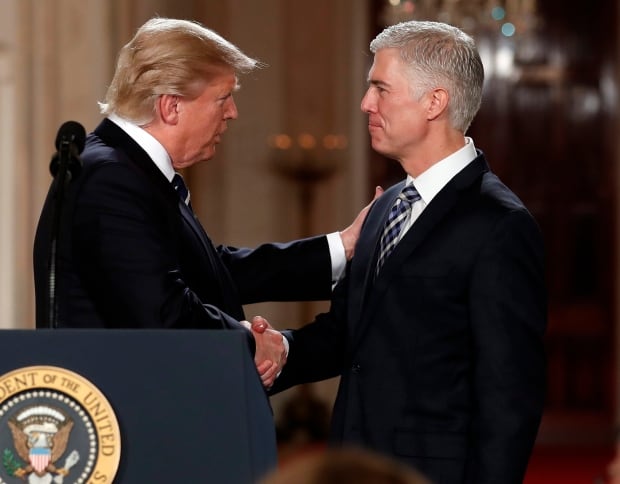 Josh Blackman, a professor at South Texas College of Law in Houston, said, “There’s a distinct risk in moving this too quickly. But we’re not in a normal time and Donald Trump is very rash. He may trump, pardon the figure of speech, the normal rule.”

The U.S. Justice Department said it “is reviewing the decision and considering its options.”

It’s the first day on the job for new Attorney General Jeff Sessions, who was sworn in at the White House earlier Thursday by Vice-President Mike Pence.

Justice Department lawyers appealed to the 9th Circuit, arguing that the president has the constitutional power to restrict entry to the United States and that the courts cannot second-guess his determination that such a step was needed to prevent terrorism. 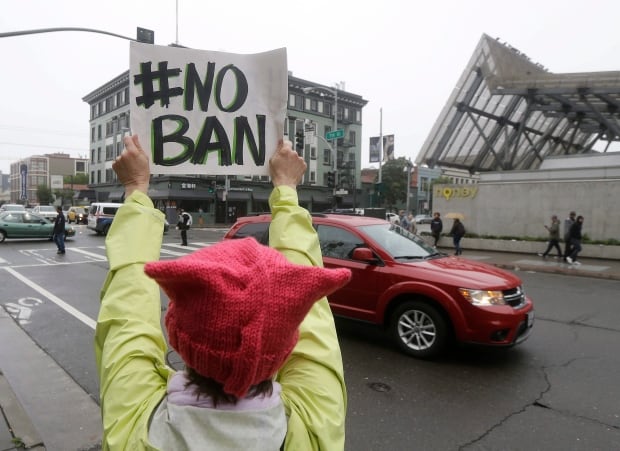 Both sides faced tough questioning during an hour of arguments Tuesday conducted by phone — an unusual step that was broadcast live on cable networks, newspaper websites and social media. It attracted a huge audience.

The judges hammered away at the Trump administration’s claim that the ban was motivated by terrorism fears, but they also challenged the states’ argument that it targeted Muslims. 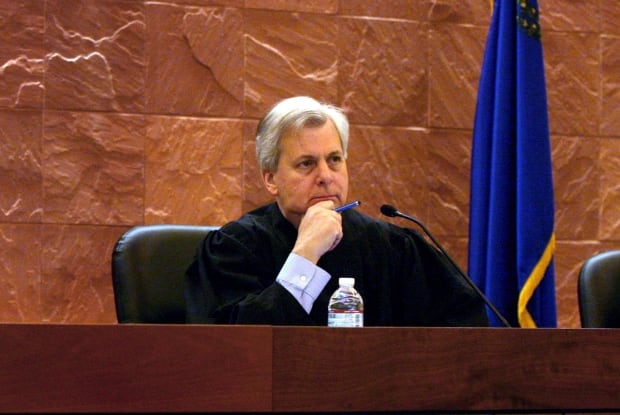 “I have trouble understanding why we’re supposed to infer religious animus when, in fact, the vast majority of Muslims would not be affected,” Judge Richard Clifton, a George W. Bush nominee, asked an attorney representing Washington state and Minnesota.

Only 15 per cent of the world’s Muslims are affected by the executive order, the judge said, citing his own calculations.

“Has the government pointed to any evidence connecting these countries to terrorism?” Judge Michelle T. Friedland, who was appointed by former president Barack Obama, asked the Justice Department attorney. 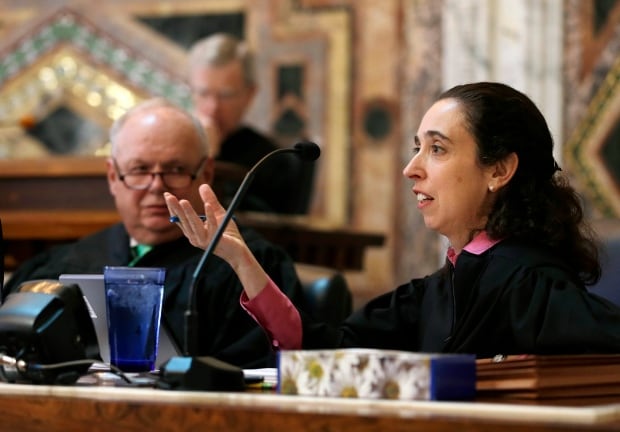 The lower-court judge temporarily halted the ban after determining that the states were likely to win the case and had shown that the ban would restrict travel by their residents, damage their public universities and reduce their tax base. Robart put the executive order on hold while the lawsuit works its way through the courts.

After that ruling, the State Department quickly said people from the seven countries — Iran, Iraq, Libya, Somalia, Sudan, Syria and Yemen — with valid visas could travel to the U.S.

The decision led to tearful reunions at airports round the country.

This week, it was announced that Tucker Carlson Tonight recorded the highest-rated quarter for a cable news show ever. That statistic was...