The tiny log house alongside the Trans-Canada Highway is easy to miss among the strip malls, fast-food outlets and car dealers. But 83 years ago, it was the eye of a publicity maelstrom because of a one-in-a-billion event: the birth of five identical baby girls.

The Dionne quintuplets — the first known to survive — were a flash of miraculous happy news in the depths of the Great Depression. Journalists descended on North Bay, Ontario, to make them the most famous babies on earth. They were front-page news around the world and filled newsreels.

The province of Ontario swooped in and took them from their parents, declaring that they had to be protected from exploitation. Then it exhibited the children three times a day in a human zoo called Quintland, to be raised as a sort of science experiment. Three million visitors came in the 1930s.

Now, the city they put on the map is poised to deal the Dionnes what they say is yet another insult, by getting rid of their house. The city plans to hand it over to a fairground in a village 45 miles down the highway with no connection to their story, nor any apparent financial resources to maintain it as a museum. A City Council committee is expected to review the matter on Tuesday night. 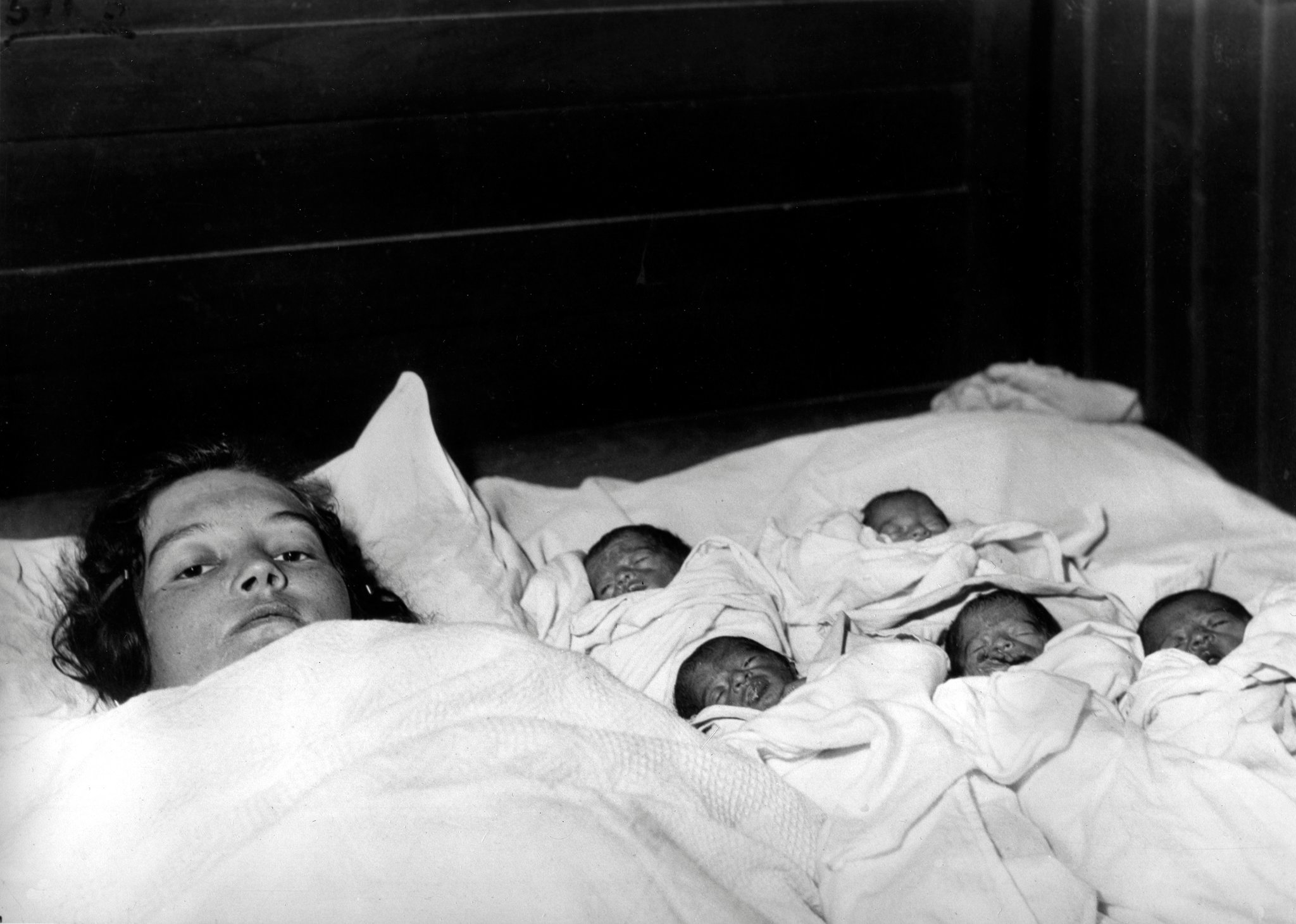 The two surviving sisters, Annette and Cécile, have reluctantly returned to the public eye to protest, granting a rare interview.

“It’s very hard to accept,” Cécile said in a semiprivate room at a Montreal long-term-care hospital, where she was recovering from a rib injury.

“I want all the problems and the wars to pass away,” Annette said of the house. “It should become a symbol of peace and happiness, respect.”

For much of their lives, respect was in short supply. A trust fund that was supposed to sustain them in later life was frittered away. When they were eventually returned to their parents, the girls were mistreated and, they say, sexually abused by their father, Oliva.

As aging adults, they sued the province for compensation for the hijacking of their lives and the dissipation of their money. When they were finally paid, one sibling’s share was stolen by her son, who then disappeared. 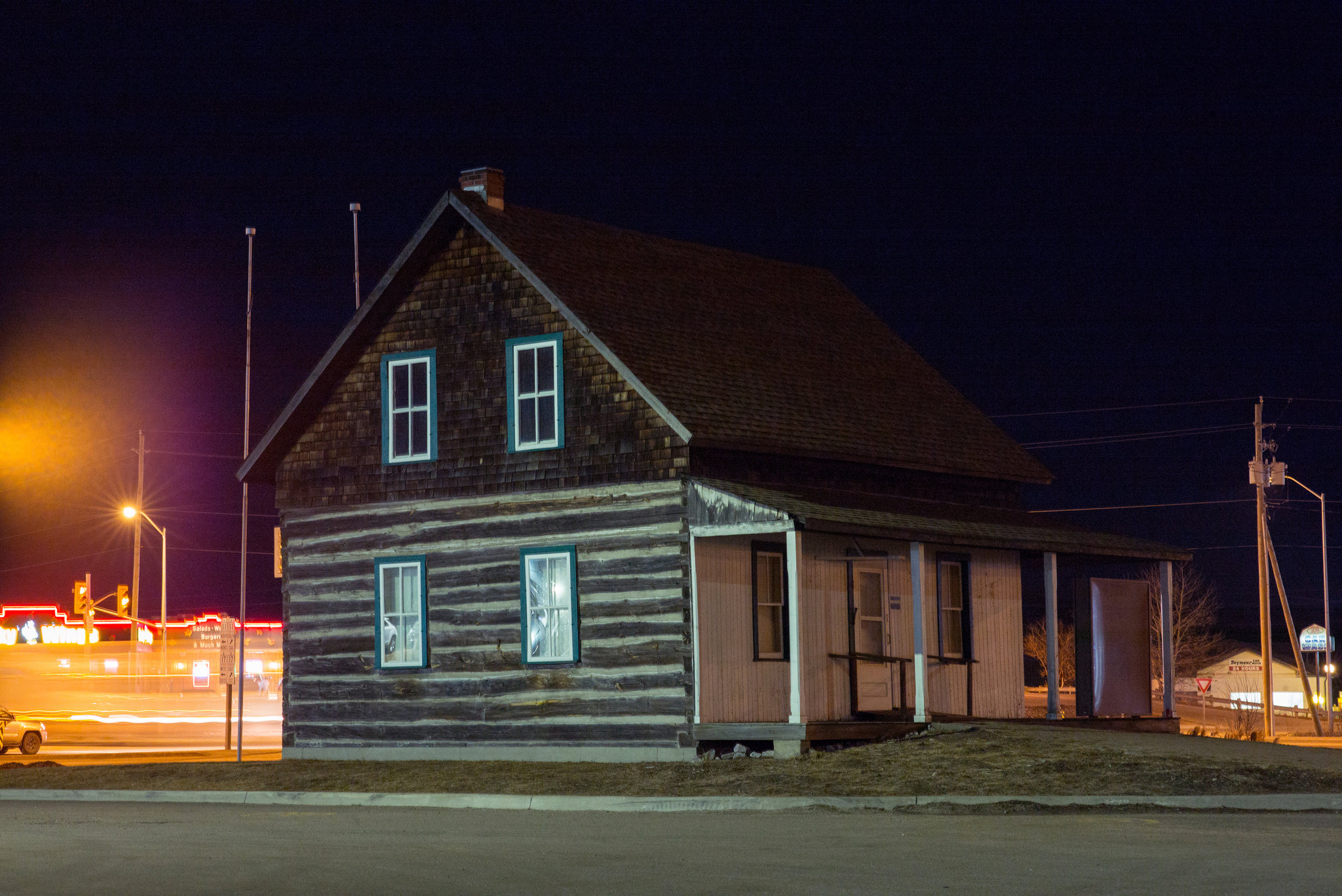 For North Bay, population 54,000, the quintuplets brought economic salvation in the 1930s. But other than the log house, a visitor will search in vain for any commemoration of the quintuplets — even a roadside plaque.

The house, like its former inhabitants, has been through a lot. A hotel owner bought it in 1962 and moved it from the family’s land near Corbeil, a hamlet outside North Bay, to a spot on the highway at the south end of the city, where it was opened as a museum. When its sale was threatened in 1985, public pressure prompted the city to buy it and move it again, to a site operated by the chamber of commerce, with a tourist office and a place to pump out recreational-vehicle sewage.

Two years ago, the chamber told the city that it was no longer interested in operating the site. The city padlocked the house and swiftly found a buyer for the land. Now, with no appetite to use tax money to pay for the museum, it says the house has to go.

“I guess it looked at all kinds of things, including the sheer cost, because it was going to cost us — our staff had come up with the estimate of 150,000 dollars a year,” said the mayor, Al McDonald.

He added that hardly anyone noticed when the museum closed in October 2015. “Not one person phoned to say, ‘Hey, how come I can’t get in the home?’” Mr. McDonald said. 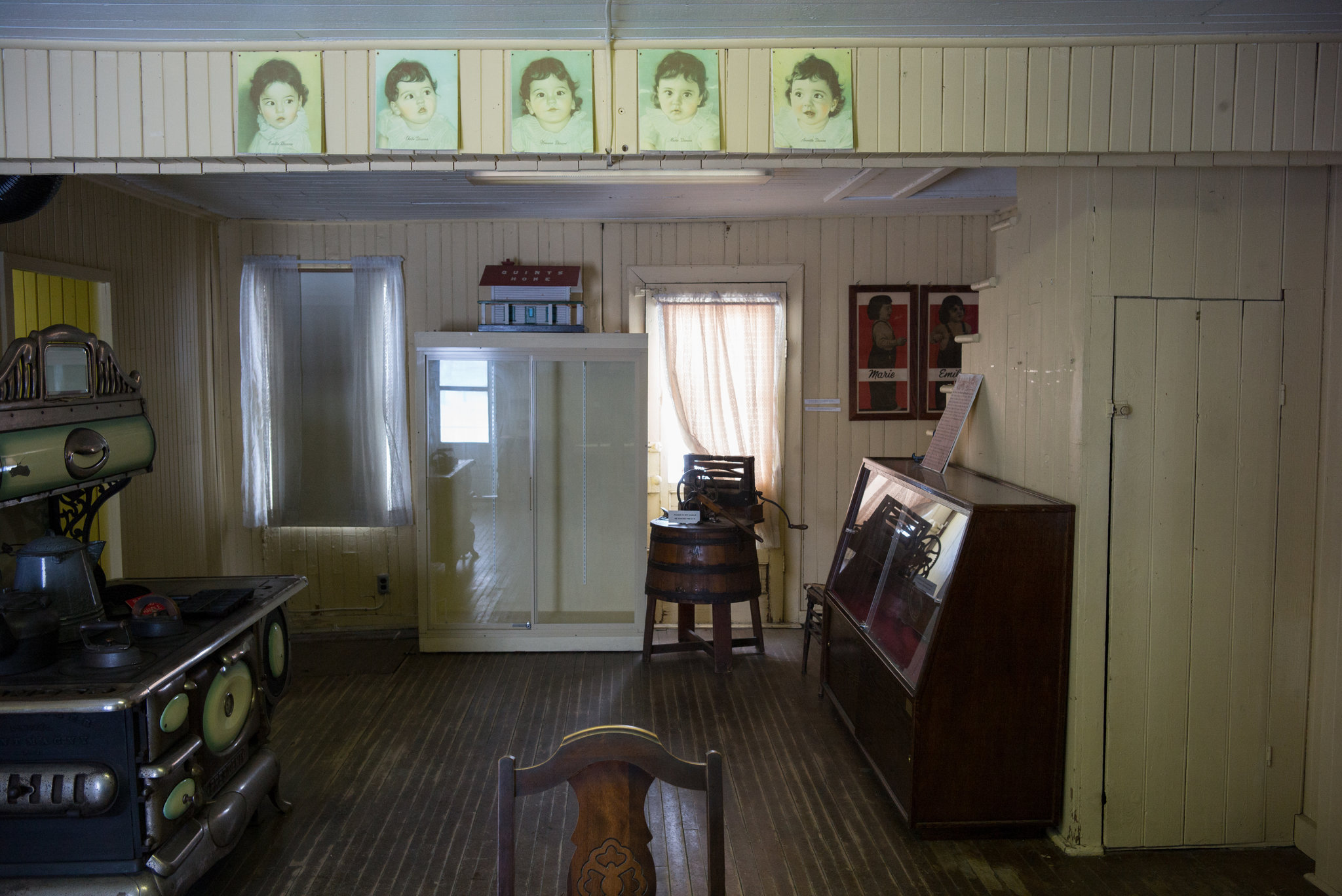 He said that the city had put out a nationwide request for interested groups to take over the museum, but that only one had come forward: the agricultural society that runs a fall fair in Sundridge, Ontario, population 961. So the city began working on a plan to move the house there, give the documents in it to a local university and send the other artifacts to a museum in the former house of Allan Roy Dafoe, the doctor from Callander, Ontario, who delivered the quintuplets and shared their celebrity.

“I’m watching this, thinking, ‘This is crazy, this can’t actually happen, that they’re getting rid of it,’” said Jeff Fournier, a collector of Canadian memorabilia. “People just thought the Council is going to take care of it.”

Mr. Fournier started an online petition to save the house, which spawned a group that is pressing the city to keep it intact and move it to a new park on the shore of Lake Nipissing, on which North Bay lies.

Mr. McDonald, the mayor, said he liked the idea but remained opposed to the city’s helping to pay for the operation of the house.

The debate has divided the city. Miles Peters, who read an appeal to the Council from Annette and Cécile Dionne, was a close friend of Mark King, the head of the committee deciding the house’s fate, who is adamant that the city cannot afford to keep it. Both men now say the issue has shattered their friendship. 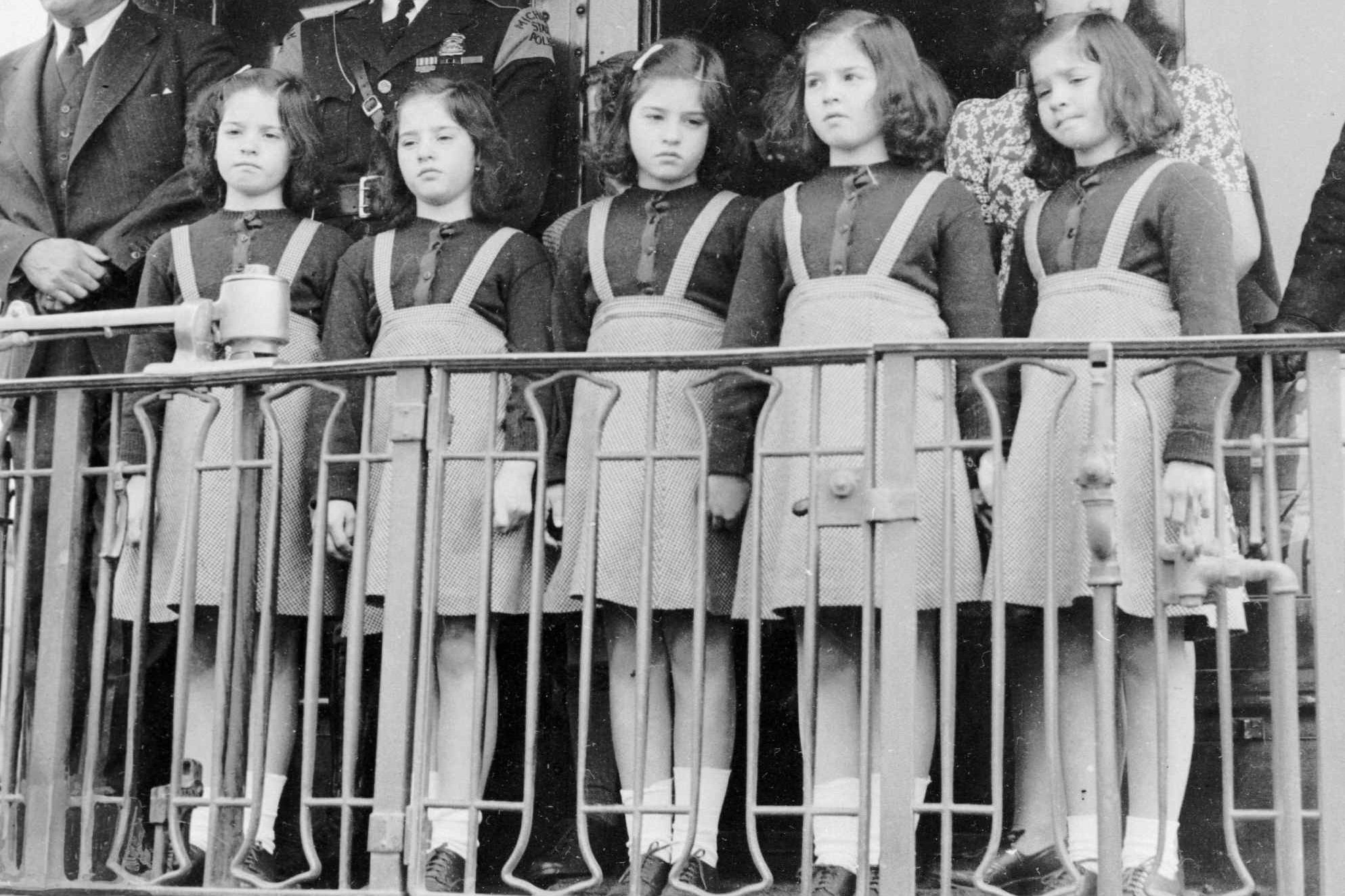 Mr. Peters drove me out to the ruins of Quintland recently for a visit — his first. Fearing kidnappers, the province guarded the compound heavily in the 1930s, and its security fence is still there, though the barbed wire on top is gone.

Down in a gully, covered in sagging aluminum siding with some of its woodwork rotting, is the Dafoe Hospital, the nursery that was home to the sisters for the first nine years of their lives. Little is left of the playground where the “Quints” were displayed to thousands of paying customers who peered through wire mesh from elevated walkways.

Though they still resent the way the government exploited them, Annette and Cécile smile at the mention of Quintland.

“Paradise,” Annette said of the compound.

“Was it ever,” Cécile agreed.

The mesh kept them from seeing the spectators, but both sisters said they could certainly hear them, and often played the crowd for laughs.

“It wasn’t good for the children to be like that, to be shown like that, playing naturally and knowing that other people were looking,” Cécile said. “It was sort of theft from us.” 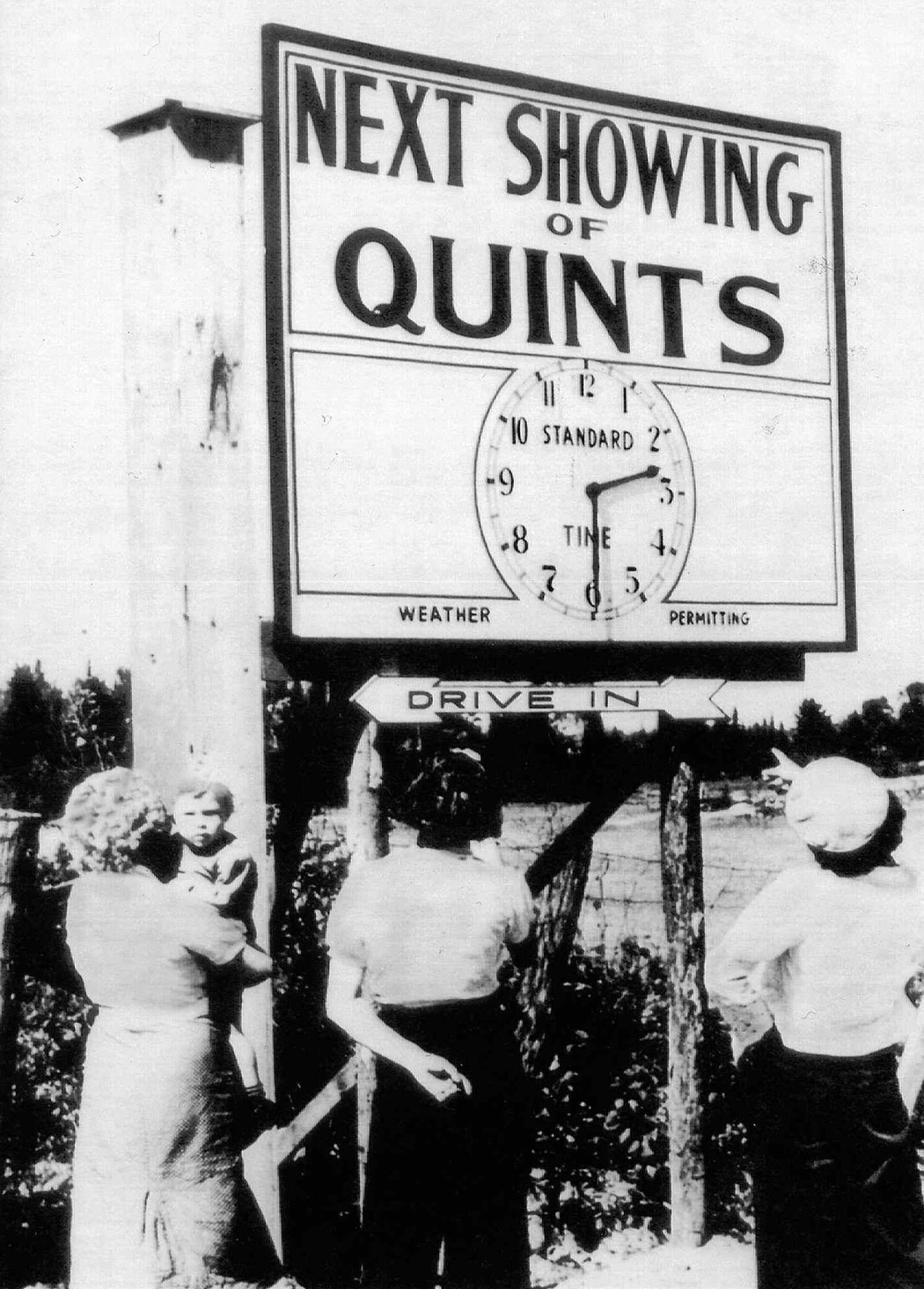 Life in Quintland was a peculiar kind of paradise. A leading physician from a Toronto pediatric hospital directed Dr. Dafoe and his staff to raise the girls according to his rigid theories. Though their family spoke French, they were brought up largely in English, and were allowed almost no contact with other children, including their older and younger siblings.

All kinds of ordinary activities were turned into promotional events. One day, the sisters said, they all put on Brownies uniforms, as if they had joined a troop — but as soon as they were photographed, the uniforms were taken away.

Up a hill from the ruined nursery is an imposing yellow brick house now used as a home for the aged. The Dionne parents built it after they had regained custody of the quintuplets when they were 9, after a long public battle.

The sisters have no fond memories of the place: Their family, they said, had been transformed by the sudden wealth.

“They didn’t treat us as children. We were —” Annette said.

Cécile finished the sentence: “Their servants, slaves. It was not human.” 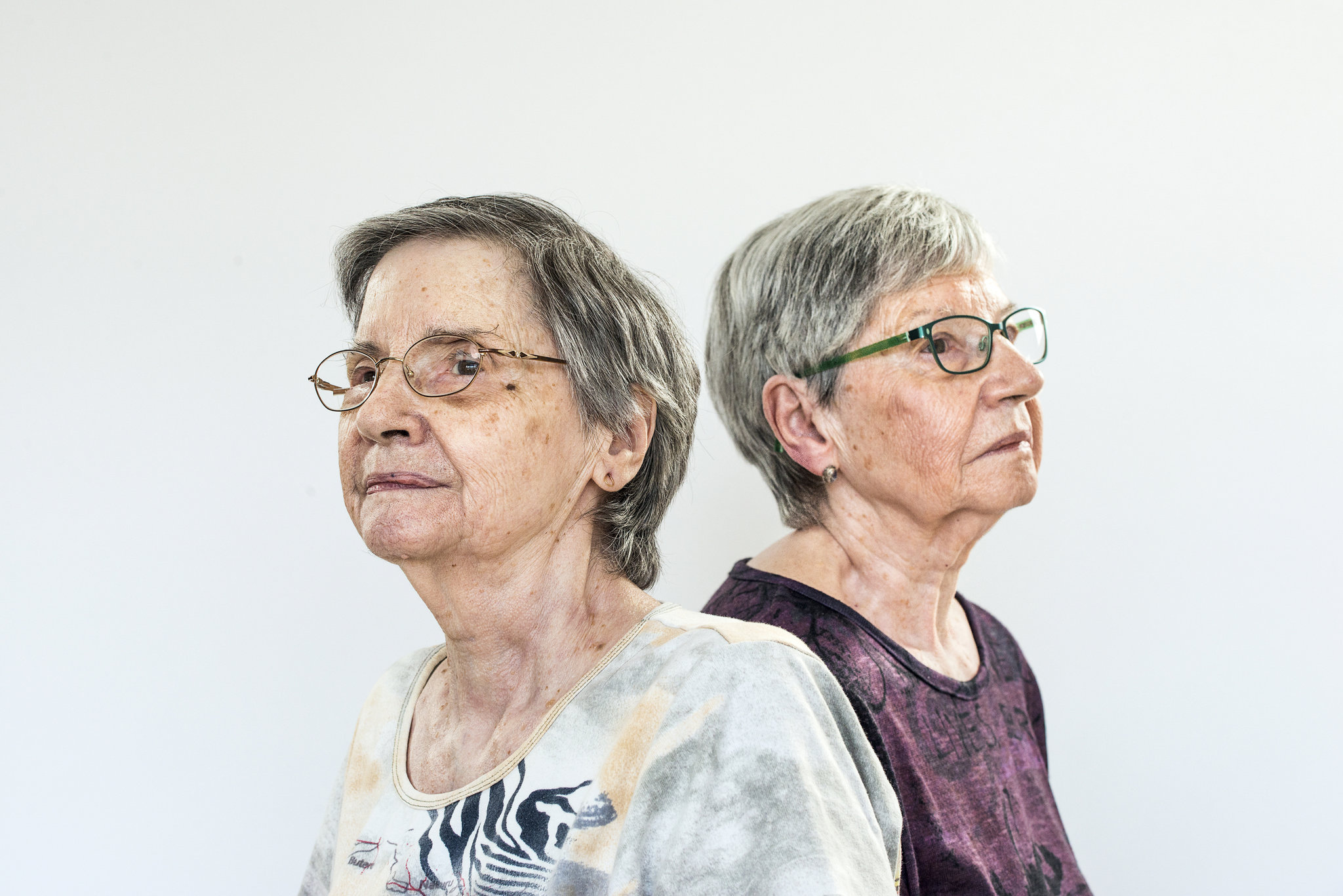 When they reached 18, the five girls left for school in Quebec and settled there, craving privacy but still drawing crowds in public, and struggling to overcome their isolated, scrutinized childhood.

By 1998, two of the quintuplets, Émilie and Marie, had died, and the remaining three — Annette, Cécile and Yvonne — were in deep financial straits. They sued the province for compensation. Officials initially brushed aside their claim, but after a public uproar, the sisters received 4 million Canadian dollars (about $3 million). One of Cécile’s sons took her share and vanished from Canada; he has yet to be found. Yvonne died in 2001.

Cécile and Annette appear resigned to the possibility that life will deal them one more disappointment. But Annette said she still hoped the house could serve as a public warning.

“I think the museum staying in North Bay will help to block making foolish choices, like what they did to us, you know,” she said. “And it will never to be repeated again.”

Looking over, Cécile asked her, “You believe in that?”

Trump Says US Ready to Act Alone on North Korea