The Transience of Memory in Times of War

The Transience of Memory in Times of War

In her debut documentary, Niam Itani, her voice at times inquisitive and blended with hints of humour, takes viewers through Lebanon’s 15-year civil war by exploring her own childhood memories, which fade into the screen in pale watercolours, transient and elusive.

Twice Upon A Time (2016) is about Itani’s past, but also about the future of a Syrian child going through a similar experience. Just as Itani fled Beirut during the Lebanese civil war, 12-year-old Khalil fled the Syrian city of Daraa in 2012, leaving behind the only home he ever knew.

Their two voices merge in the film, strong but somewhat confused. Khalil is surviving in a new school as a refugee – singled out, lonely and missing Syria. In one scene, Itani asks Khalil if he was afraid of the war, and he replies: “I was, but I didn’t express my fear.” The conversation summarises the bond between the two.

After a recent screening at Doha’s Ajyal Youth Film Festival, Al Jazeera spoke with Itani about the inspiration for her film and how she balanced Khalil’s story with her own. 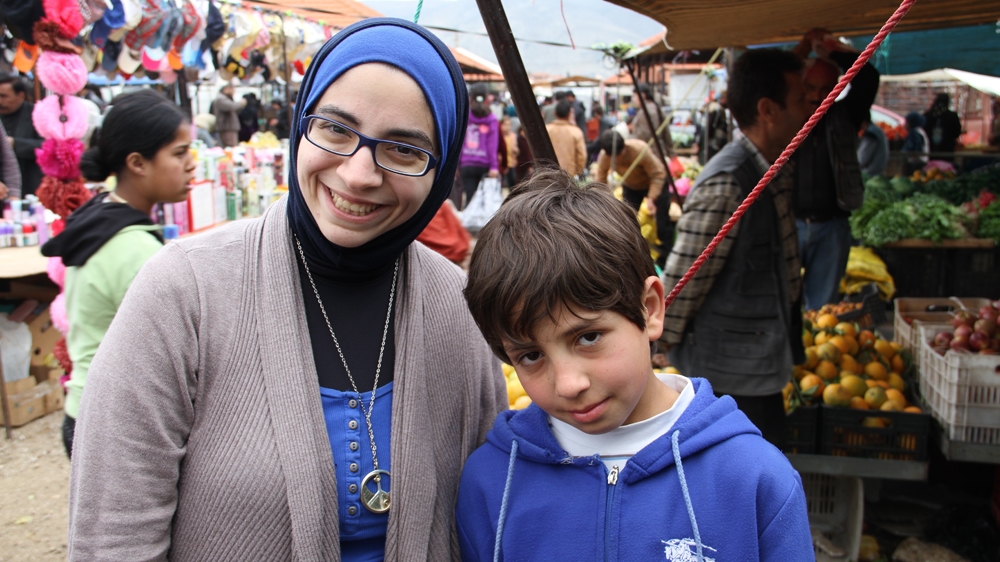 Al Jazeera: What inspired this documentary?

Niam Itani: The film came out of my attempt to fix my relationship with Beirut, my birth city. In our culture, there’s this love for the “watan”, your homeland, and if you don’t feel this bond and this love, then there must be something wrong with you.

My counsellor recommended that I find happy memories from my childhood. I couldn’t find those happy childhood memories on my own, so I decided to search for those memories by asking family members. But to overcome the strangeness of such a request, I also decided to place a camera and document the journey. The story ended up very differently from what I envisioned it to be.

Al Jazeera: How did you decide to include Khalil in the film?

Itani: When I started to film, nothing was happening in Syria, yet. My story was solely going to be happy memories during the war, because a lot of Lebanese people talk about happy times during the war.

When Syrian refugees started to arrive in early 2012, Khalil and his family arrived in the same village my family took refuge in during our war. This is the village where I spent the best days of my life, and here was this child, who was going through a similar experience, but was unhappy. I couldn’t understand why … I told him, “Let’s make a film together”.

When I talked to my mom and Khalil’s mom, they drew a lot of parallels between Khalil and I. My mom would talk about how I missed my toys at first, and how I couldn’t make any friends.

The more I learned more about his life in Ghazzeh, I started to doubt the memories of my childhood there. Maybe I was as miserable as Khalil and my nostalgia glossed it over, the same way my relatives would have happy memories about something as horrific as war. That is how the two ideas merged together and became one film.

Al Jazeera: How did you approach telling Khalil’s story while keeping in mind that he is a child?

Itani: The story opens with my quest for happy memories, the explanation of the war in Lebanon and questioning my relatives about that time. This sets the stage for Khalil’s story and experience. He becomes sort of an extension of me, because I talk about what I went through as a child, and there he is, the present-day child going through a very similar experience.

Within that milieu, Khalil and I also represent the experience of every child coming out of a war. This also gives Khalil agency; he’s in charge of his own story. He’s the catalyst for the events that ensue.

He visually illustrates this particular childhood we’re imparting. You see him in school, at home and through his daily life. You see his confusion and struggle to connect with his new environment.

I am the main character, and at some point, Khalil steps in as the child of today. We try to understand how his issues today will affect him tomorrow.

Al Jazeera: Beyond the scope of the movie, did you see yourself reflected in Khalil on a personal level?

Itani: It was naive of me to think that Khalil would be happy. He was uprooted from his home, his relatives and his life without being able to go back. It was naive to think this situation would constitute happiness. Seeing those things in Khalil forced me to revisit the past.

When I questioned my memories, I realised that the connection between us was much greater. I wasn’t connecting with Khalil to find ways to make him happy. In him, I saw the same issues I probably went through, but don’t remember them as elaborately.

Al Jazeera: A unique aspect in your documentary was the illustration of memories; how did you come up with that?

Itani: The idea of illustrating memory came out of the sense that memory is abstract and visual, which is why we also decided to make it similar to memory in the sense that it wasn’t completely accurate. You see it in the film: My aunt remembers my dad’s car as a white Volvo. That was the memory we drew, but then you see an actual photo of my dad’s car and it’s a navy Mercedes.

Another way was that the illustrations would come in pale, faded colours, just like some memories are not really as vivid. They were also a way to create the happy memories I didn’t find. We wanted to draw them colourful and childish, so they could take the place of my elusive ones.

Al Jazeera: Does your film have a universal message for the audience?

Itani: There’s no lesson from me to them. There are themes that we’re throwing out there for them to think about. You can easily see what those themes are: home, displacement, family and memories. We leave those topics with the audience for reflection. My main hope is that it would create a different level of awareness about the plight of Syrian refugees.

Here at the Ajyal Youth Film Festival, I was pleasantly surprised after we screened it to a younger audience. Mainly, when adults saw the film they would come up to me and talk about war and refugees as a category of people. The kids saw and understood Khalil’s point of view. They would empathise with his difficulty in making friends, the confusion and loneliness he felt. It’s like they watched a completely different film.