A Senate committee is touring prisons across the country and in other parts of the world as part of a two-year probe into the human rights of inmates.

Liberal Senator Jim Munson calls it a “landmark” study that he hopes will be a call to action for the Liberal government to overhaul Canada’s correctional system.

“We can not be a country where we build modern and better prisons. I think we have to change the paradigm on that, the focus on that,” he told CBC News. “We don’t want an American-style system in this country, which means more prisons, and I think our attitudes need to change.”

Members of the Senate human rights committee, which Munson chairs, visited a number of prisons in Ontario last month and will tour others in Western and Eastern Canada. The committee also plans to travel to Scotland and Norway to learn about programs that are seen as working well in those countries.

The committee, which is expected to table an interim report this fall, is hearing from criminologists, corrections staff, former prisoners and family members, experts and Indigenous representatives.

The over-representation of Indigenous people behind bars is one of many troubling issues with the system, Munson said. 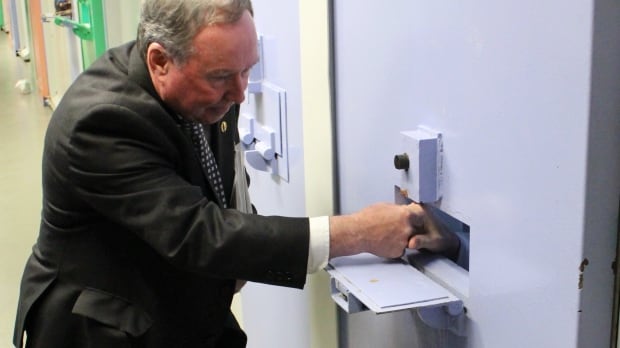 Senator Jim Munson speaks to an inmate in the maximum security unit of Ontario’s Millhaven Institution during a visit on May 16, in this photo released by the Senate. (Senate of Canada)

Last fall, Auditor General Michael Ferguson raised the alarm about the rising number of Indigenous inmates, and that found Indigenous offenders were too often released back into the community without having access to rehabilitation programs.

‘There must be a better way’

Munson said there are also concerns about the lack of skills training and programs, about housing mentally ill people in prison instead of in hospitals or treatment centres, and around elderly or sick offenders held behind bars.

“Surely to goodness there must be a better way to take care of an aging prisoner in a wheelchair who has to be spoon fed and his clothes changed, who has spent many years in the system,” he said.

Correctional Service Canada has an annual budget of nearly $2.4 billion, and has 22,888 offenders under its jurisdiction, including 14,316 in custody.

Independent Senator Kim Pate, a committee member who is the former long-time executive director of the Canadian Association of Elizabeth Fry Societies, hopes the study will lead to significant legislative and policy reforms to better protect the human rights of prisoners.

She said it’s crucial to have more community supports to prevent people from winding up in prison, as well as to help them reintegrate once they get back on the street. 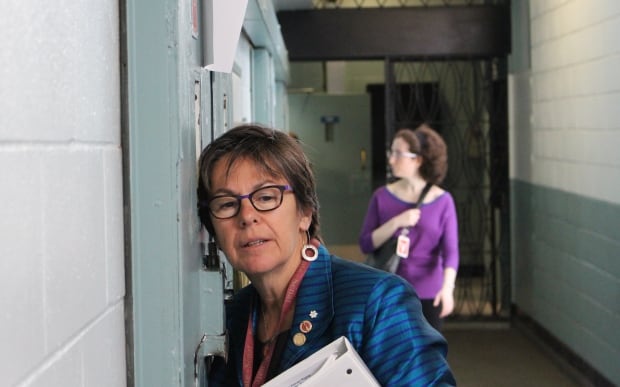 Senator Kim Pate listens to an inmate being held in segregation during a visit to Ontario’s Millhaven Institution May 16, in this Senate photo. (Senate of Canada)

“If you go into prison essentially because you have mental health issues and then you’re dumped out of prison at the end of your sentence or on conditional release without adequate resources in the community, it increases the likelihood that you’ll wind up in the same situation, or worse,” she said.

Pate said there must be reform considerations around pardons and the use of solitary confinement, as well as alternatives to incarceration. She believes the Ashley Smith case was a turning point in drawing public attention to the conditions in Canada’s prisons.

“My hope is that the more information we’re able to show about what’s actually happening in the prison system, the more people will begin to question and demand accountability,” she said.

Smith was a 19-year-old imprisoned at the Grand Valley Institution in Kitchener, Ont., when she died in 2007.

She had tied a piece of cloth around her neck while guards stood outside her cell door and watched because they had been ordered by senior staff not to enter her cell as long as she was breathing.

A coroner’s inquest ruled the self-inflicted choking death in her segregated prison cell was a homicide. 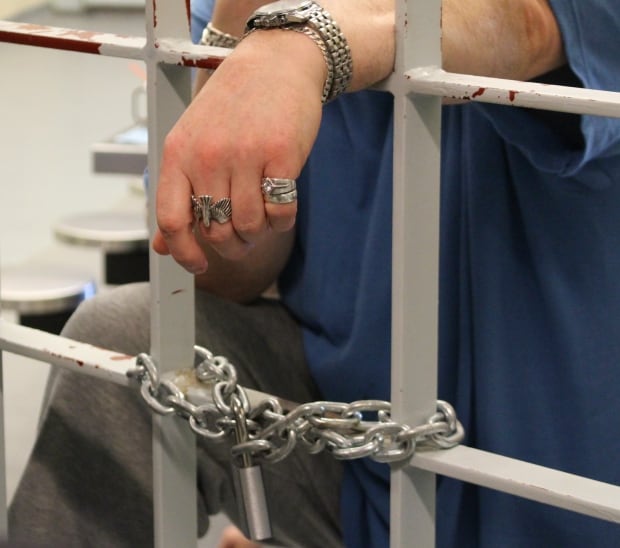 An inmate at Ontario’s Millhaven Institution, seen in a photo released by the Senate. (Senate of Canada)