Money traced back to largest tax fraud in Russian history

A powerful Russian crime syndicate that’s accused of laundering hundreds of millions of dollars around the world appears to have also flowed millions through nearly 30 Canadian bank accounts.

A CBC News investigation has spent months tracking down some of the individuals and companies attached to those accounts and found the $2 million sent to Canada was spread among recipients ranging from a boxing manager in Montreal to a construction company in Calgary.

Many of them expressed surprise that documents provided to CBC suggest the money originated from a money-laundering scheme.

A handful of companies registered here also sent $17.6 million out of Canada to foreign accounts associated with the crime syndicate, according to the documents that chronicle hundreds of wire transfers in and out of Canada between 2008 and 2013.

The fact that money from a sophisticated tax fraud in Russia may have ended up in Canada, and so much documentation exists to support it, is “groundbreaking,” says Lincoln Caylor, a Toronto lawyer who specializes in complex fraud cases and has examined the documents.

“Not a lot of people would have thought that Canada is such a safe haven for ill-gotten gains.”

‘We discovered the pipe’

The CBC News investigation began after receiving thousands of pages of documents amassed by U.K.-based businessman Bill Browder, widely regarded as once the most successful foreign investor in Russia with his hedge fund, Hermitage Capital.

Browder says that in 2007, his companies were stolen by an organized crime syndicate led by Russian crime boss Dmitry Klyuev.

Browder’s firms were used to commit one of the most infamous financial crimes in recent Russian history that saw a fraudulent $227-million Russian tax refund shared by co-conspirators who quickly moved the money out of Russia and into other jurisdictions. 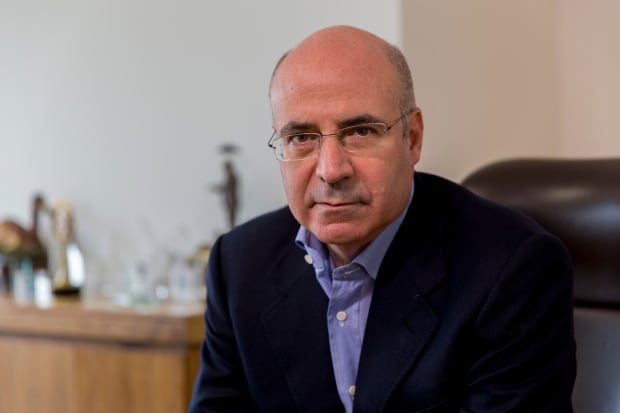 The alleged money laundering is being investigated in more than half a dozen countries and Klyuev himself has been sanctioned by the U.S. government. He is one of roughly a dozen Russians named on a law in the U.S. that prevents them from entering the country or holding assets there.

Enacted in 2012, the law is commonly referred to as the Magnitsky Act, named for Sergei Magnitsky, the Russian lawyer originally hired by Browder to investigate the tax fraud. He was beaten to death in a Russian prison in 2009, after being arrested by some of the very officials he accused. The U.K. passed similar legislation last month. In Canada, the House of Commons foreign affairs committee recently recommended this country do the same.

Browder and his team have spent the past several years pushing for that legislation while meticulously tracking the money around the globe.

The effort is frustrated by the fact that money launderers tend to move the funds several times, blending it with money in other bank accounts, sometimes from other crimes, creating a complicated trail for investigators to unravel. 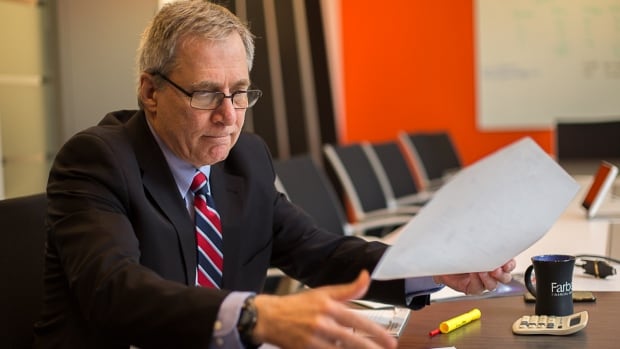 Moving money through Canada doesn’t raise red flags the way money from other jurisdictions might, says Jonathan Cooperman, a Toronto-based forensic accountant who has looked at the documents.

“It’s not Cayman, it’s not Belize, it’s not Switzerland. And people think of Canada as fairly safe.”

Because the documents Browder has amassed show so much money flowing through the same accounts he believes laundered the Hermitage tax refund, he feels he’s tapped into more than the laundering of the $227 million.

“We didn’t just discover one crime’s proceeds being laundered, we discovered the pipe.”

Where the money went

The documents shared with CBC News, primarily gathered from evidence in money-laundering investigations in other countries, show some companies registered in Canada sent millions to a bank in Lithuania that Browder believes is part of that pipe and has since been shut down.

The largest sum with a Canadian connection was sent out of Canada by a New Brunswick company with an Estonian bank account and a South African director. CBC News could find no evidence the company has done any business. Corporate records show it’s in the process of being dissolved.

Cooperman says such a complicated corporate structure can be a classic money-laundering technique.

‘Canada shares its part of the blame for not having a completely transparent system of corporate ownership.’– Jonathan Cooperman

“Canada shares its part of the blame for not having a completely transparent system of corporate ownership,” he says. “That results in corporations where we don’t really know who the owners are and we allow that money to flow through.”

Some of those contacted by CBC said they received the money as payment for services or goods. At least one said it wasn’t his practice to question where his clients get the money to pay him.

In some cases, they were unwilling to discuss why they received the money at all.

Caylor says it’s possible some of those who received the money had no idea they were unwittingly helping to launder money.

The documents indicate the money came to Canada via two routes.

Far more money — about $1.6 million — came to Canada through a more complicated route via the now-closed Lithuanian bank, UKIO.

CBC News contacted some of the individuals and companies who received the largest sums or were involved in multiple transactions.

The company is registered in Alberta, but also has a business address in Moscow. Documents show it received funds two months after it was created. It shut down two years later. The Calgary lawyer who registered the company says he did so on instructions from a client in Cyprus, whom he would not name.

The tire company in Kitchener, Ont., exports to clients around the world and received the money in four payments. The new owners, an American firm that took over in 2014, indicated the transactions are from before they bought the company.

The Burnaby, B.C., shipping consultancy says the payment matches an invoice sent to a Moscow-based company in 2011 for freight forwarding. That Russian company was opened and closed the same year by a woman whose name appears on 19 other companies, according to a Moscow corporate records search. Haribol’s owner said his bank statement didn’t indicate where the payment came from.

The Montreal frozen meat exporter with global customers confirmed the RBC bank account that received the funds is theirs, but said it had never heard of the Cypriot companies that paid the invoices. The company insists it follows the law.

Cooperman thinks businesspeople should require a clear paper trail and ask harder questions of clients who pay from a company other than the one that was billed.

While most of the wire transfers were sent to companies, a handful went to individuals.

The sum is the most sent to any individual or company listed in the documents. Mortgage records show she bought a $410,000 home in Montreal the same year, although she lived in Kazakhstan. Her daughter Anna Reva, who lives in Montreal, acted on her behalf in the real estate deal.

When Anna Reva was asked about the purchase, she responded by email saying she had nothing to add.

The company’s directors are Klara Reva and Anna Reva, who is a boxing manager in Montreal. The company received four payments in 2010. The same year, it bought and sold a $7-million commercial and residential building on Bishop Street in downtown Montreal. 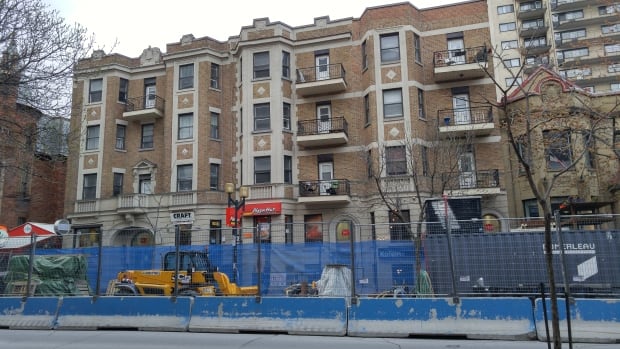 Contacted by CBC News, Anna Reva acknowledged she received loans from friends and family at the time, but said she was shocked by any suggestion the money could be connected to a crime. She says she’s done nothing wrong.

There’s no indication those who sent or received the money knew it might be connected to a criminal network. But experts like Caylor say the information deserves closer scrutiny.

Browder has made it his life’s mission to avenge Magnitsky’s brutal death by continuing to track the stolen $227 million and lobbying governments to sanction or seize the assets of those who split the bounty.

“There are crimes being committed in places like Russia and people are being repressed and tortured in relation to those crimes. Canada should have no part of it,” says Browder.

In Europe, Browder’s persistence in following the money trail has led to the seizure of tens of millions of dollars of assets.

A money-laundering trial is set to get underway next week in New York City alleging some of the stolen Russian money flowed into Manhattan real estate. The prosecution’s case is based on many of the same foreign bank accounts that originated the money flow to Canada. 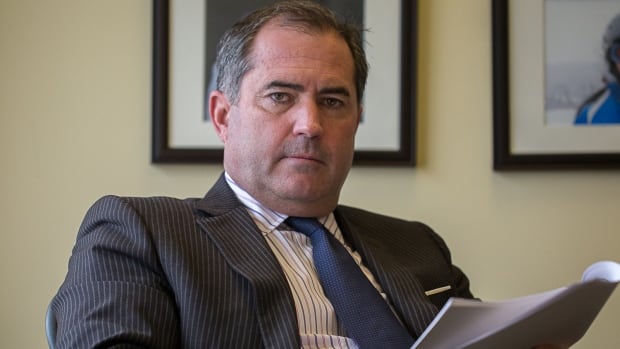 Caylor and Cooperman are among a handful of Canadian experts offering their services for free to help press the RCMP to open an investigation here.

In January, Browder and his team flew from London, U.K., to Ottawa where he met with the force’s director-general of national intelligence and shared his trove of Canada-linked documents.

“The RCMP have the tools to go and dig deeply into this thing. It’s effectively like a thread. We have given them the thread and we want them to start pulling on that and see what comes up,” he says.

The RCMP said it is aware of the matter, but won’t say whether it’s investigating.

Browder reserves little sympathy for those who would allow themselves to think of money laundering as a benign, victimless crime.

“What I always find to be more disturbing is the Westerners who know better.  And in a certain way, I want those people to be punished even harder than the Russians.” 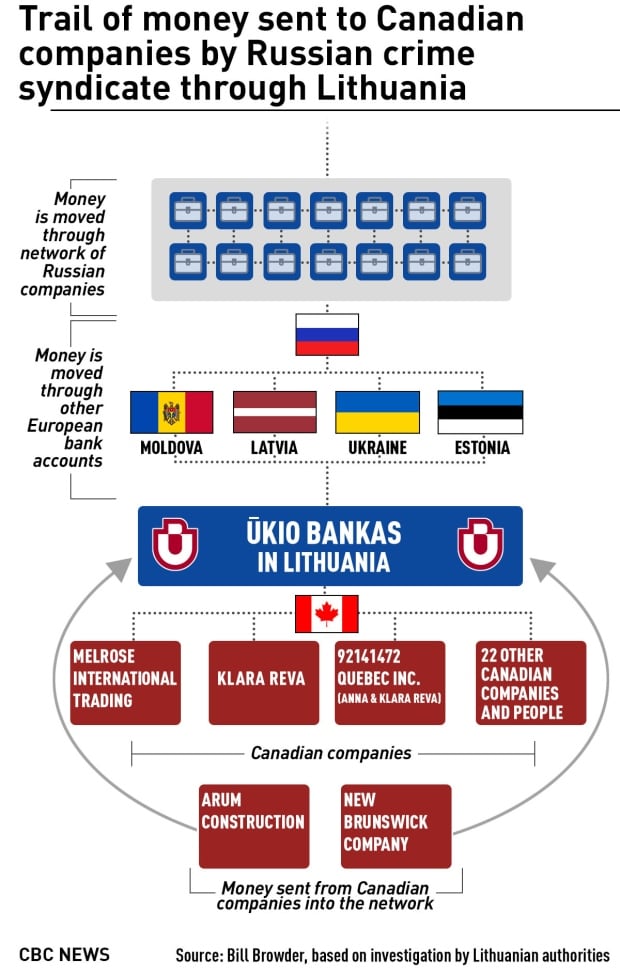