‘It Must Be Horrible’: Quebecers on U.S. Border Worry About Asylum Seekers Out in The Cold

‘It Must Be Horrible’: Quebecers on U.S. Border Worry About Asylum Seekers Out in The Cold

Residents of communities around Hemmingford, Que., seek info on how they can help refugee claimants

Residents from the area around Hemmingford, Que., packed a local community centre Sunday to learn more about how far they can legally go to help those coming across the nearby U.S. border to claim asylum in Canada.

Ormstown resident Melissa Pinsonneault-Craig, who attended the meeting with her young baby, said that as a mother it’s only natural to feel concern for the families she’s seen on the news.

As U.S. clamps down on asylum seekers, Canada is urged to do more

Canada resettled more refugees than any other country in 2018, UN says

“I can just imagine what it’s like crossing a border in the snow with no boots and trying to keep your kid warm and safe —- it must be horrible,” she told CBC Montreal.

“We’re wondering if legally we could greet them — pick them up in our car, bring them to our house, give them a warm meal, maybe a chance to shower, and wash their clothes if that’s all they have.”

‘They want to have a life’

Pinsonneault-Craig said those crossing the border illegally are doing so to claim refugee status in Canada, and they deserve a helping hand.

“They’re not people who want to disappear in the bush and never be legal — they want to have a life and be stable, so we have to give them the opportunity to do that,” she said.

Pinsonneault-Craig said she was glad an RCMP officer attending the meeting said she could help. 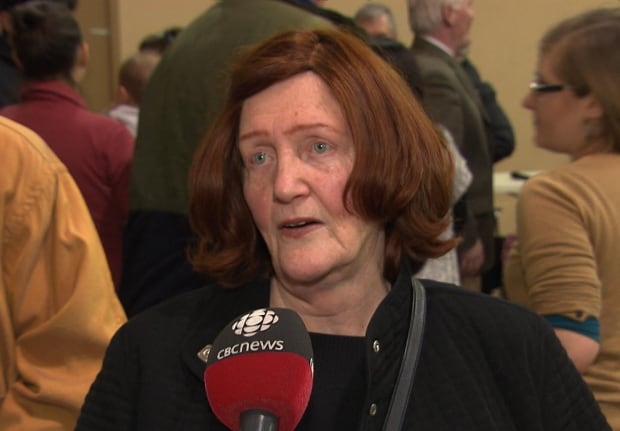 Lacolle resident Colleen Boyse lives near the border and said she’s had people show up at her house. ‘You have to have compassion and help as much as you can,’ she said.

Like Pinsonneault-Craig, Lacolle resident Colleen Boyse said the main worry that brought her out was her concern for asylum seekers.

“We’ve had people in the past stopping and you just try and have compassion and help as much as you can,” she said.

Fears of frostbite, or worse

“They’ve caught on that you need a jacket, gloves and toques, but they haven’t caught as far as footwear yet. They’re still wearing little sneakers and walking through muddy fields.”

“It’s an issue for us because our fear is to find a family that’s frozen to death.” 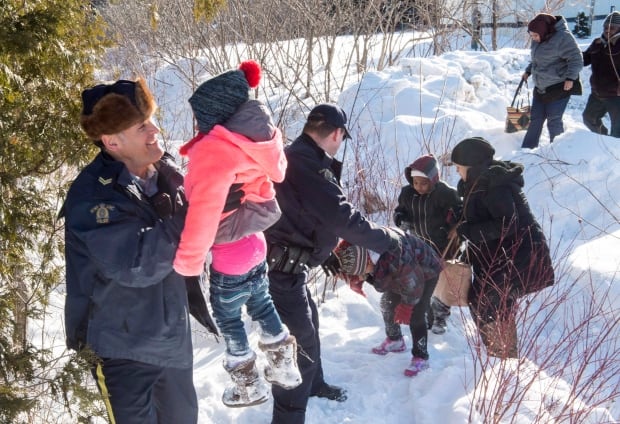 Const. Pelletier joined representatives from the United Nations High Commissioner for Refugees and a refugee outreach group based in Montreal to explain address questions about how local residents can help.

The meeting, which was attended by around 100 people, was organized by a local United Church of Canada congregation.

Denise Otis, a legal officer with the UNHCR, said the number of people crossing illegally into Canada to claim asylum remains “quite manageable” and the UN and Red Cross are working with the Canada Border Services Agency and the RCMP to ensure their needs are being met.

“There’s really nothing to panic about because it’s well-managed,” she said.

While more asylum claims were filed last year, experts say the overall number is still lower than it was 10 years ago.

“The average number of people who claimed asylum in Canada every year was about 31,000,” said Paul Clarke, executive director of Action Réfugiés Montréal. “In 2012, there was a new law brought into place in Canada and the number went down dramatically. In the year 2013, it went down to about ten thousand.”

He told CBC that numbers are rising again, with 24,000 claims filed last year, and he expects it will only increase in 2017.

It Was Not Extreme Terrain,' Says Avalanche Canada About Callaghan Valley Death