‘It’d be a real shame for Toronto to lose this landmark,’ current tenant says

But when he’s not at work, he lives in a green cube on Sumach Avenue — complete with an office space, one-and-a-half bedrooms, kitchen and bathroom.

“Everybody should live in cubes,” Trainor said. “This is a great way to live. It’s fun, it’s functional, there’s a lot of stairs — but it’s good for your exercise.” 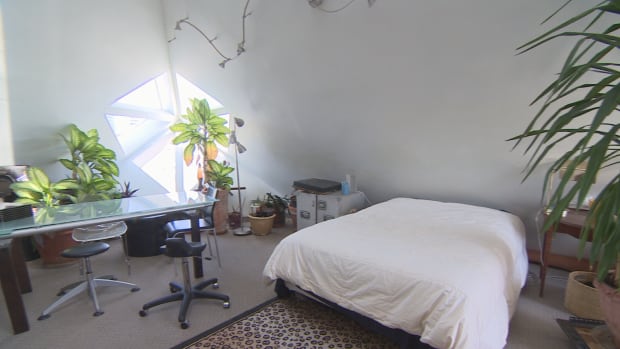 The structure was built in 1996 by architect Ben Kutner and his partner Jeff Brown. It was inspired by Dutch architect Piet Blom’s cube houses, built in in Rotterdam in the 1980s.

“This land, which was once considered marginal when the original developer put the cubes up, is now considered very valuable if you look at what’s happening in this neighbourhood,” Trainor said.

That area is home to the Pan Am Games athletes village, which is now a mixed-use community with retail condominiums and George Brown College’s first student residence. 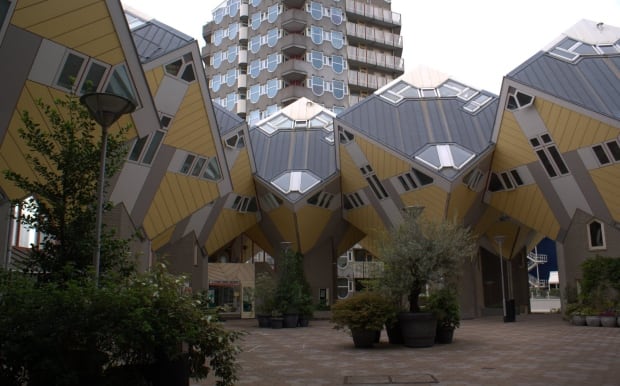 But after 15 years of cubic dwelling, Trainor’s future in the home is unclear. The property went up for sale last fall, and while the land is valuable, the cubes aren’t worth much.

“I’m afraid it’s going to go the way of Captain John’s boat and Honest Ed’s or the Sam the Record Man sign, unless this was preserved and saved — or at least targeted to go somewhere else,” Trainor said. “I think it’d be a real shame for Toronto to lose this landmark.” 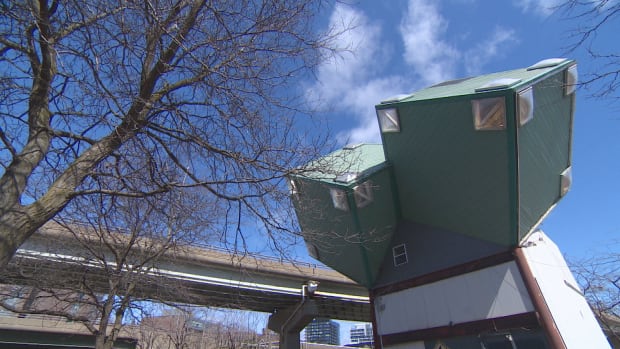 Interested buyers have to sign a non-disclosure agreement, so the price of the land is under wraps.