Canada’s Governor General David Johnston says a “slippy” carpet is to blame for an apparent breach of royal etiquette with the Queen.

He was pictured lightly touching the Queen’s elbow during an event in London to mark Canada’s 150th birthday.

Mr Johnston said he was simply concerned about the Queen’s safety as she navigated a short flight of stairs.

“I was just anxious to be sure there was no stumbling on the steps,” he told the CBC.

“It’s a little bit awkward, that descent from Canada House to Trafalgar Square, and there was carpet that was a little slippy, and so I thought perhaps it was appropriate to breach protocol just to be sure that there was no stumble.”

The Queen, 91, was accompanied by Prince Philip as she attended Wednesday’s event at Canada’s High Commission.

Mr Johnston, who is the Queen’s representative in Canada, is not the first to make headlines for apparently breaching royal protocol. 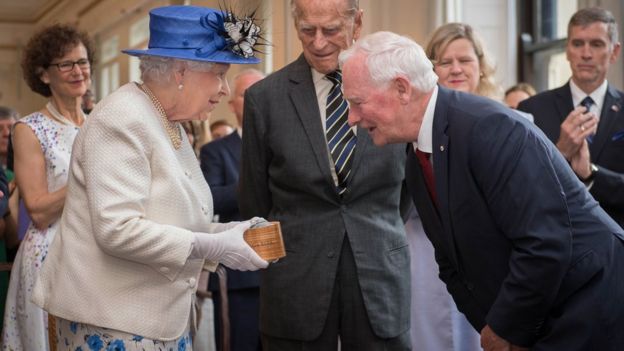 Eyebrows raised in 2009 when former US First Lady Michelle Obama put her arm around the Queen.

In 1992, former Australian Prime Minister Paul Keating was called “the lizard of Oz” for wrapping his arm around the Queen during a royal tour.

Queen Elizabeth is also not the only member of the royal family to find people getting more friendly than royal etiquette recommends.

American basketball star LeBron James made news in 2014 after placing his arm around the Duchess of Cambridge. 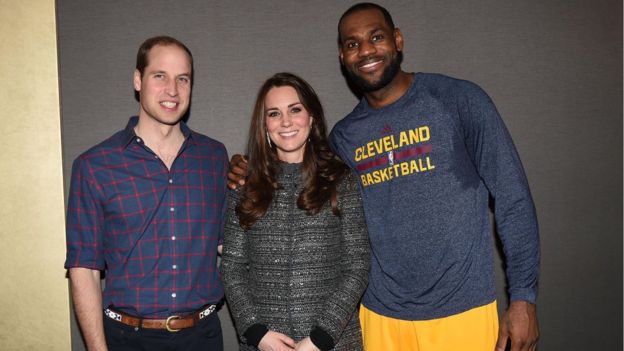 And actor Tom Hiddleston was pictured in 2016 with an arm wrapped around the Duchess of Cornwall.

Mr Johnston, 76, will not have another opportunity for any royal missteps.

He is to leave his position in September and will be replaced in the official role by Canadian astronaut Julie Payette.

This trip was his final visit to the UK to meet with the Queen.