Investigators believe Mohamud Kheyre, 20, is actively evading arrest and may have fled the country

Police in Peel Region have issued a Canada-wide warrant for a suspect wanted for first-degree murder in the death of a 17-year-old at a Mississauga hookah lounge last February.

Investigators believe Mohamud Kheyre, 20, is actively evading arrest and may have fled the country, a police release said Monday. He is described as male, of Somali descent, 6′ 5″ with a heavy build.

Police were called to the Habibi Lounge in the Airport Road and Derry Road East area in the early hours of Sunday, Feb. 6, 2016 after reports of several men fighting in a parking lot, hitting each other with bottles.

‘He wanted to become somebody’

It’s there that Sharmarke Farah was found suffering a gunshot wound to the chest. He was rushed to hospital but died of his injuries. 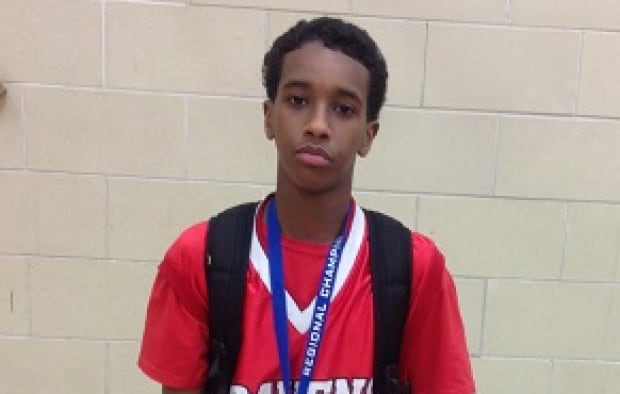 Family members described Farah as a talented basketball player in his final year of high school — one of five siblings.

“He wanted to become somebody,” Abdifatah Warsame, director of an after-school program of which Sharmarke was a member, told CBC Toronto at the time.

Only two months ago, police arrested and charged a 19-year-old man who allegedly fired a shot during the altercation outside the lounge.

That man was charged with one count of attempted murder.