How Charismatic Singh is a Threat to Trudeau: Watt

‘We have a good, constructive working relationship,’ Trudeau says of Canada and U.S.

Prime Minister Justin Trudeau gamely bantered about his sex appeal, his thoughts on Canada’s relationship with the U.S., and how he’d like to see a woman lead the country as he appeared on Live with Kelly and Ryan on Monday.

Trudeau was the first sitting Canadian prime minister to appear on the long-running American daytime TV show, which was visiting Niagara Falls, Ont., for two episodes.

The conversation went from light and personal to political, with Trudeau telling co-hosts Kelly Ripa and Ryan Seacrest the relationship between Canada and the United States “is unbelievably deep.”

Ripa noted Trudeau was close with former U.S. president Barack Obama and asked how he would characterize his relationship with current President Donald Trump.

“We have a good, constructive working relationship and that’s the important part of it,” said Trudeau. “There’s a lot of things we agree on.

“Today is World Environment Day, we don’t agree on that, because I think there’s a lot of good jobs in the environment that we’re building for. But we both agree that the most important responsibility of a leader is to create good jobs for middle-class people across our countries and we’re connected on that.” 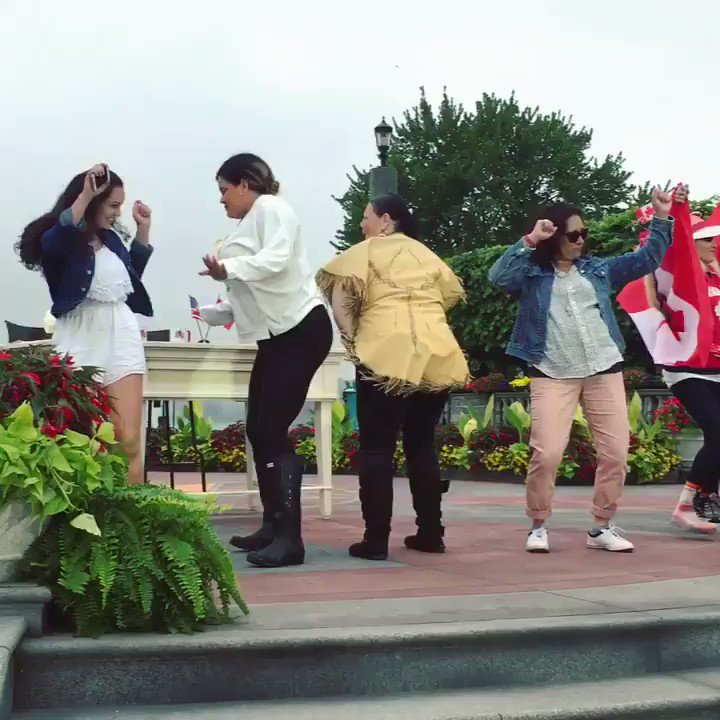 Trudeau was in the hot seat as soon as he sat down and Ripa asked: “How does your wife feel about you being named the sexiest politician alive?”

“My wife’s the one who doesn’t believe it. She’s like, ‘Really?’ She knows what I look like when I get up in the morning,” said Trudeau.

‘I have one daughter and there is something very special about imagining a woman prime minister. I think it’s long overdue. I just don’t think we have to wait that long. I think it should be sooner than that.’– Justin Trudeau

“Is it so different than this?” replied Ripa.

Sitting outdoors at the Oakes Garden Theatre, with the American and Horseshoe Falls as the backdrop and scores of audience members sitting on the grass in front of the stage, the three also chatted about Trudeau’s childhood and his experiences having his father being Canada’s prime minister.

“Do you secretly want one of [your kids] to become the next prime minister?” asked Seacrest.

“Definitely not,” said Trudeau. He later added: “Although I will say, I have one daughter and there is something very special about imagining a woman prime minister. I think it’s long overdue. I just don’t think we have to wait that long. I think it should be sooner than that.”

They also briefly touched on the latest terror attack in London and security at home.

During a commercial break, Seacrest pulled out his phone for a selfie with Trudeau and Ripa. When he couldn’t frame the group in the shot, Trudeau snatched the camera away and took the photo.

The episode kicked off with the hosts remarking on the unpredictable weather in the region and how they spent the weekend exploring the falls, with Seacrest on the water and Ripa at the casino.

This is the show’s third time airing from the falls after broadcasts in 1996 and 2006.

Live with Kelly and Ryan airs on CTV in Canada and in national syndication in the U.S. 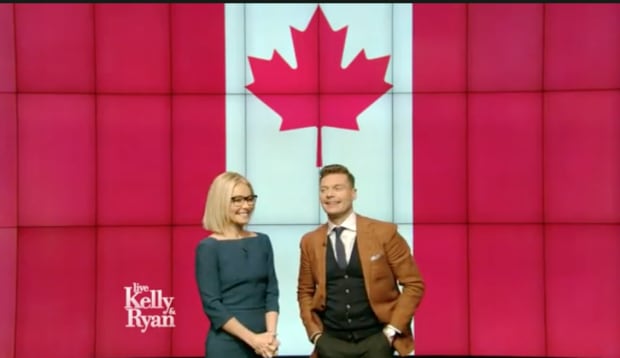 It’s not the first time Live has visited the tourist city. Episodes were filmed in Niagara Falls in 1996 when the show was known as Live With Regis and Kathie Lee, and again in 2006 when Ripa had already joined as a host. (livekelly.com)

There are plenty of people who support Trump and will be very happy if he gets re-elected. This article...