‘We Made It’: U.S. Couple Fleeing Trump Arrive in Halifax

‘We Made It’: U.S. Couple Fleeing Trump Arrive in Halifax

‘There’s a political motivation to it, but it’s become so much more than that now’

Heather Vargas and her husband, Robin Vargas, are the kind of people who stay true to their word.

So when the American couple said they were packing up and moving 2,600 kilometres to Halifax in time to celebrate the New Year, they meant it.

After a 35-hour drive from Charleston, S.C., the couple rolled into Halifax at 6 a.m. on Dec. 31 with two cars, a U-Haul and their dog Kingsley.

The couple unpacked their boxes in freezing weather after they arrived in Halifax. (Robin Vargas)

​”Every now and then it will hit me a little bit, I’ll look at him and be like, ‘We made it’ — when we wake up on our Canadian couch in our Canadian apartment and we’re like, we actually did this,” said 30-year-old Heather Vargas.

“I knew moving in January to this climate was going to be different. But we had the polar vortex greet us up our first week up here. So I think now that we’ve experienced that, anything else we’re OK with.”

Her husband, 33-year-old Robin Vargas, added, “I couldn’t feel my face after five minutes. It was pretty cold.” 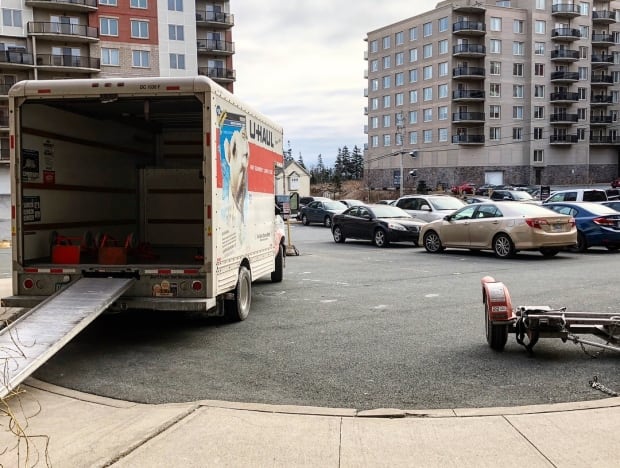 ‘We should move to Canada’

It started as a joke on the night Donald Trump was voted in as the 45th president of the United States.

“It just felt surreal up until that night. And then it continued to feel surreal every day moving forward. You turn on the news and it’s like a reality show that is your reality,” Heather Vargas said. 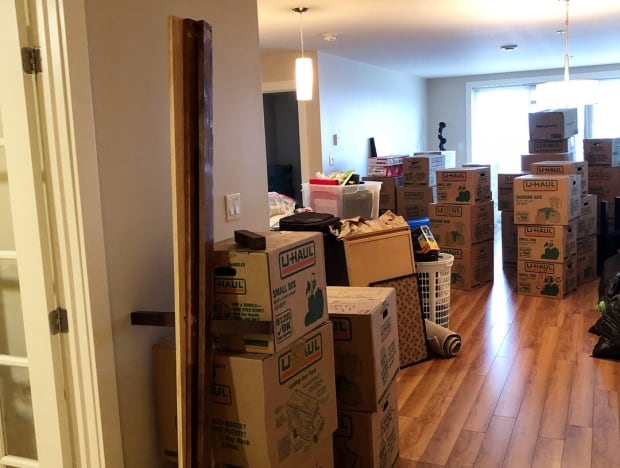 The couple had a lot of unpacking to do the first few days in Halifax. (Robin Vargas)

They were among the 200,000 or so people that crashed Canada’s immigration website on election night.

But the next day, the couple, who are originally from Arkansas, returned to the website and started to research if — and how — they could really do this.

As they began to learn more about the country, and in particular Halifax, Robin Vargas said it became about more than just politics.

“There were just a few things that weren’t for us.… I don’t want to say it’s completely Trump. That was a motivating factor for sure, but it was more of an adventure to come out here and try something new,” he said.

Their family and friends thought the idea was “a little crazy,” he said. Heather Vargas said everyone rolled their eyes at first.

“Some of them are very supportive. They say, ‘We think this is the bravest thing you’ve ever done, we support you.’ Some of them are taking bets on how long we’ll last,” she said, laughing. 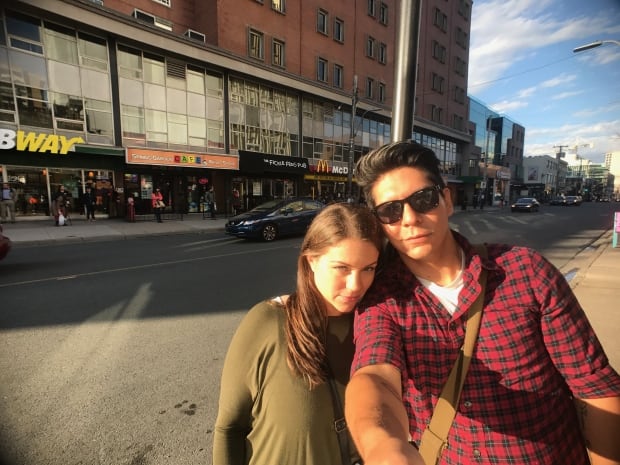 Heather Vargas and her husband Robin Vargas pose on Spring Garden Road in Halifax in April, when they visited the city for the first time. (Robin Vargas)

This means they can partake in everything except voting in Canadian elections — but Heather Vargas said they still plan to vote in the next U.S. election from abroad.

On top of dealing with their first storm, the couple has spent their first week in Halifax unpacking, getting drivers’ licenses, car registrations, health cards and furniture for their new home.

“We discovered Ikea, which has been dangerous but super fun to have that in your town,” Heather Vargas said, chuckling. 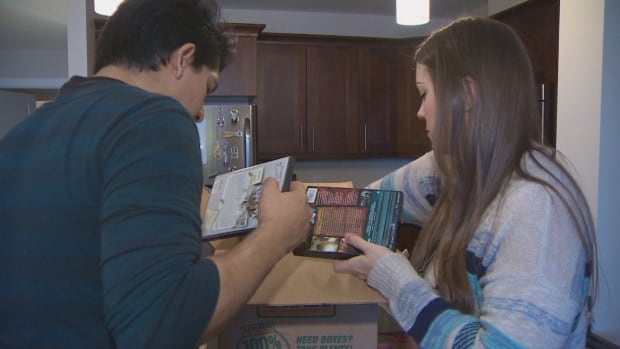 While they didn’t know anyone in Halifax before moving, thanks to a CBC article this summer, many people reached out to offer support and advice, she said.

“We established online friendships and now that we’re in the city we’ve already gone out to drinks with some of them,” she said.

Her husband added, “The people are hands-down just amazing.… If you have any questions, people are just so quick to say, ‘Oh here, let me help you out.’ We’re not used to that.”

They’ve also been busy applying for jobs and say they each have a few interviews lined up.

“This is more or less a gamble for us, but we’ve always had a pretty hard work ethic. We try to do the best we can with any situation that we have and we’ve always held out pretty well,” Robin Vargas said. 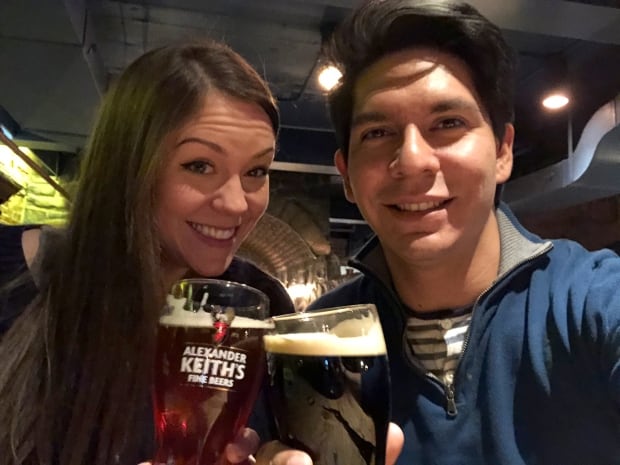 In three years, the couple will be able to apply for Canadian citizenship.

And they’re planning to stick around — even if a new U.S. president is elected.

“We just have this genuine love for the society, the type of country Canada is and its politics and its government,” Heather Vargas said.

Robin Vargas added, “Of course there’s a political motivation to it, but it’s become so much more than that now,” he said.

“We honestly couldn’t have picked a better place to move to to really try this new adventure.” 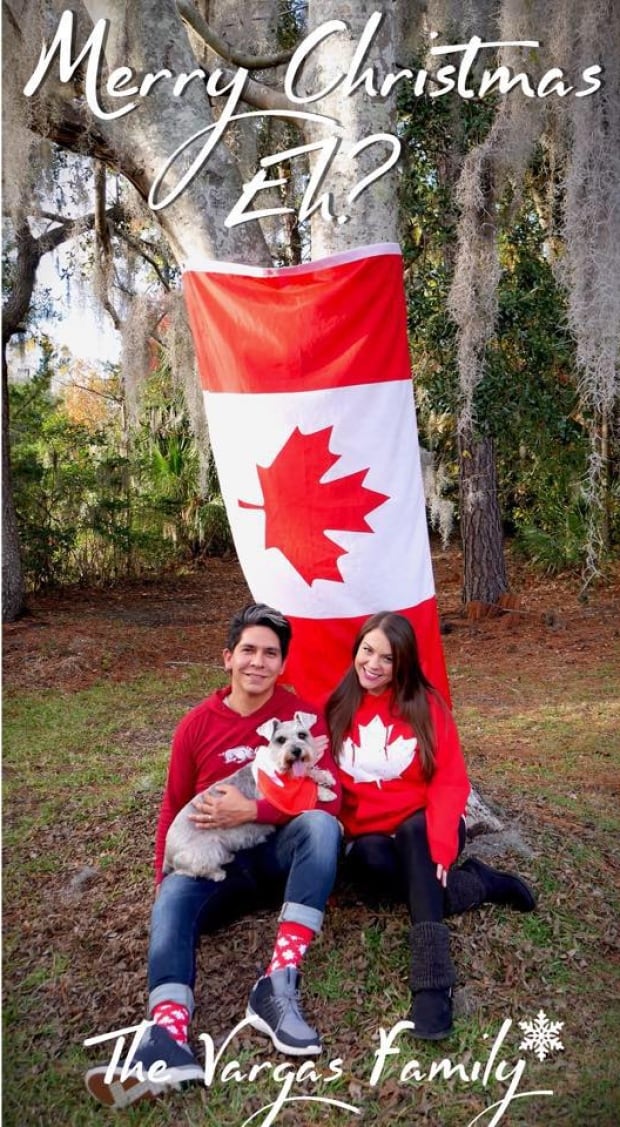